The NFL has released the 2016-17 regular season schedule for all 32 teams, and now we know the dates and times of all 16 Patriots games for next season. Per the team's official website, here is the schedule: 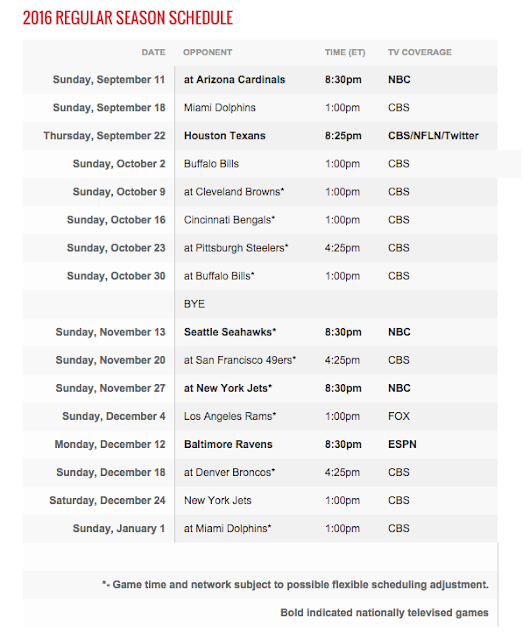 The Patriots get an ideal bye week this year, after having a Week 4 bye last year. They face tough stretches against Cincinnati, Pittsburgh and Buffalo before the bye week, and then again with the Ravens, Broncos, Jets and Dolphins to end the year.

The Patriots will end the season at Miami for the second consecutive year, and once again they'll be featured on primetime multiple times. There's always a chance some of their earlier games could be flexed into a later time slot, but the same could be said for some of the primetime games they're scheduled to play.