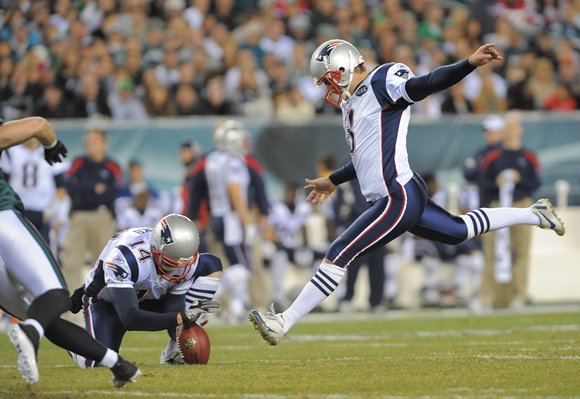 I don't really think it should take a computer chip to determine whether or not the NFL should narrow field goal posts, but I'm just some dumbass blogger so what do I know?

The league thinks this is a good idea, so they're going to try it. Kicking footballs used in preseason games this year will have the computer chips embedded in them, according to the NFL's vice president of officiating, Dean Blandino.

If the leagues likes what it sees, the experiment could extend into the regular season and a permanent rule change could come as early as 2017.

I'm in the same boat as Frank Schwab of Yahoo! Sports - there are better uses for computer chips in football.

What about using the new footballs to help spot the ball after downs or to determine if a player crossed the goal line? Think about how important first-down measurements are in a game. Officials measure it exactly; if the nose of the ball is a chain link short then a team doesn’t get the first down. But the act of spotting the ball is basically an educated guess. Officials eyeball the spot and try to come close, then measure first downs to the inch. That makes little sense. With a computer chip in the ball, technology could presumably be developed to make the entire act of spotting the ball easier and more accurate.

Maybe the NFL will eventually move on to that with its new computer chip footballs, or use the balls to determine if a player crossed the plane of the end zone, after figuring out how to make field goals harder.