The Pride and the Prejudice: One More Time 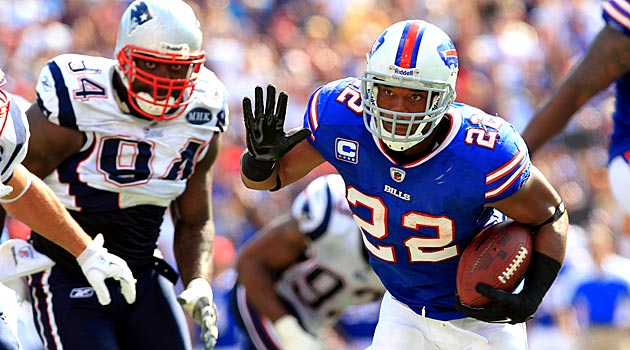 Once again, introducing the wit and vitriol of my friend Al Bedrosian. Al's hobbies include riding dirt bikes, collecting guns, shooting bows and arrows, drinking cheap but not light beer and watching youtube videos of engines starting up. When he gets a spare moment, he also watches the Patriots. Back by popular demand, here's what he thinks of them.

It also means that the 57th Patriots training camp will begin in exactly 26 days, with the NFL season being just around the corner. This has historically been the time when Bill Belichick and the Patriots evaluate their players and sign an over the hill, washed up, “got one more season in me”, veteran. They captured lightning in a bottle and won a Super Bowl with Corey Dillon and ever since then we have been swinging for the fences.

This year the NFL has quite a few old hands that need one more season before “hangin' it up”, so without further ado, The Pride and the Prejudice lists off three players that could become Patriots and might have a chance at glory, one last time.

Wes Welker-35
I know, there are plenty of other good, washed up wide receivers out there that have a lot less miles on them, and if you are going to sign one you should probably go for Andre Johnson- at least he is above six feet. But as a Patriots fan it’s hard to turn your back on the little guy. The Patriots offense was always deadly with Brady at the helm, but with Wes the ship was lighting fast. The Patriots will never have another undefeated run, that’s just a cold hard fact, but with Wes on the team he and Brady could still win a hell of a lot of games, just like when Deion Branch came back that would be a lot of fun to watch.

Dwight Freeney-36
If you ask Tom Brady if he remembers when the Colts beat the Patriots in the 2006 AFC title game I’m sure he will remember, Dwight Freeney will remember it too, because he helped the Colts do it. That being said, why would you want to sign a 36-year-old edge rusher? For starters, he just came off one of his best seasons in a decade. Now that doesn’t mean he will be any good this year, but as Patriots’ fans we always look to the glory years of our defense Vrabel, Bruschi, Law, and of course Seau. Freeney is a guy that played in their time and he may not be able to open the taps like he used to but with the aging Jake Long on the opposite side it would certainly be a defense worth watching.

Before we get to the final potential Patriot I want to list a few Honorable Mentions.

Ryan Fitzpatrick-33
You may have played well for the Jets last year, but you’re not worth 16 million a season, take 3.5 and be a back up somewhere.
Anquan Boldin-35
Out of everyone I have mentioned he is probably the only real player worth looking into.
Robert Griffin the 3rd -26
You can’t be a veteran until you finish your rookie season.

Fred Jackson-36
Old 22 has been kicking around the NFL for quite some time, going undrafted he got his start playing in the NFL’s European league. After a lucky break he signed with the Buffalo Bills where he spent 11 years until ultimately being cut and accepting a one-year deal with the Seahawks. If you’re familiar with Jackson’s style you’ll know its not one of long runs and flashy play, it’s grit. A hard fought roster spot yielded harder fought yards. He punches the time clock, hauls the mail, plows the fields, salts the road, pumps the gas, switches off the lights, goes home and does it all over again. Monday through Sunday, Sunday through Monday. An hour after being cut by the Bills the Patriots called and ask him to come to New England, he turned them down but it’s not to far out there to think that the offer is still on the table. Did he play well for Seattle last year? Nope. If he came here would it be any different? Probably not, but hell it would still be fun to watch.