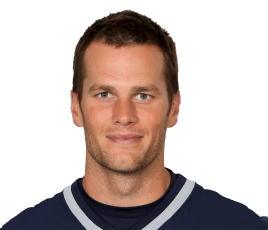 Yes, you read that correctly. The never ending saga and smear campaign known as DeflateGate has grown so large that you can actually take an accredited college course on it. Starting in September, the University of New Hampshire is giving people the opportunity to take an online course covering everything and anything DeflateGate.

The course will be taught by one of the University's resident law professors, Michael McCann, who also happens to be a legal analyst for Sports Illustrated. In addition to covering DeflateGate, there will be a focus on the role that the legal system plays in sports, and how it pertains to what happens on the field. The journalism methods that were used to turn an alleged equipment violation into a scandal that grabbed national headlines will be a point of emphasis as well.

It is a very short course, consisting of 3 weeks of video lectures, participating in discussion forums and studying the legal documents filed by both sides. There's also a live chat with everyone else enrolled at some point, which is sure to lead to some heated debates. There will be quizzes throughout to ensure the key concepts are understood but any student that completes at least 70% of the course's assigned work is eligible to earn CEU's through taking the class.

While many will think it's completely absurd that it's gotten to this point (and they're absolutely right), the fact of the matter is DeflateGate is no longer just about Tom Brady, or even football. This has turned into a legitimate labor dispute, and becomes more about the NFL's collective bargaining agreement than anything else. With the current CBA, Roger Goodell is the judge, jury and executioner in disciplinary hearings, as evidenced by the fact that the science behind DeflateGate has been completely disproven. At this point, it's pretty obvious that it's now mostly about Goodell legally protecting his power to do anything he wants.

While I'm sure there will be a few hardcore fans eager to take the course, I'm not sure there will be too much interest outside of that. The general feeling around New England seems to be that fans think it's been drawn out long enough and they're beyond sick of hearing about it. 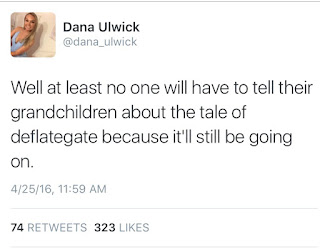