On Monday the Buffalo Bills announced the signing of a former second overall pick, running back Reggie Bush. The USC alum and Heisman trophy winner (removed) returns to the AFC East where he enjoyed his best season as pro in 2011 as a member a member of the Miami Dolphins. Bush had 1,086 rushing yards and six rushing touchdowns (both career highs). 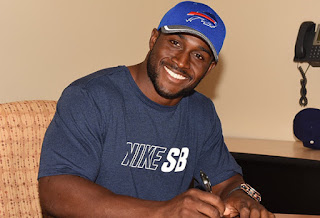 LeSean McCoy is the starting back in Buffalo, there is no controversy. Reggie Bush is not going to come in and compete for starting reps, especially not at this point in his career (Bush is 31, and even in his younger days never had explosiveness or athletic ability comparable to McCoy, 28). What Bush will do though, is provide some more depth to an already impressive backfield. Buffalo had more rushing yards than any other team last year. McCoy led the way with 895 yards and three touchdowns, while then rookie Karlos Williams had just over 500 yards, but he also had seven touchdowns.

McCoy and Williams gave the Bills a formidable one-two punch, but Williams is set to miss the first four games of the season for violating the league’s substance abuse policy. The team used him significantly last year, and would need to replace him for the first month if it wanted to continue its sustained running success. The Buffalo Bills hope Bush will fill in nicely.

How does it impact the New England Patriots? Let’s take a look at the numbers:

In two games against New England last year, McCoy played well. In those games, he carried the ball 35 times for 171 yards and one touchdown. That’s an average of almost 5 yards per carry. Williams carried the ball far less against the Patriots, 12 times for 32 yards, but still one touchdown. All together, in two games against the Pats, the top two Buffalo Bills’ running backs had 47 carries for 203 yards and two touchdowns. When the two backs are averaged together, it gets a little better: 4.3 yards per carry, still not great.

By contrast, Bush, in his last two games against the Patriots (as a member of the Miami Dolphins. Bush missed Detroit’s matchup against the Patriots in 2014), he had 23 carries for 90 yards, an average of 3.9 yards per carry. Of course these numbers could and probably do mean nothing.
What’s important though is that the Buffalo Bills, a New England Patriots rival have a new weapon. Will the addition of Reggie Bush give this team anymore wins? Absolutely not. He is a helpful-gadget type player. This is still a 6-8 win team, make no mistake, but what could cause problems for the Pats is Bush’s ability in the passing game. The Buffalo Bill’s offense already has Sammy Watkins, LeSean McCoy, Karlos Williams and Charles Clay. Tyrod Taylor is still the team’s quarterback, and the amount of weapons may not matter with him at the helm. Either way a combination of Bush, McCoy and more Clay could give the Bills the equivalent of a solid number two receiver, which the offense has so desperately tried to find.

Either way Pats’ fans, no cause for concern. The New England Patriots should still be able to sweep the Buffalo Bills this season. 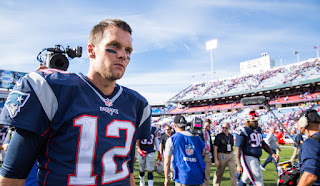