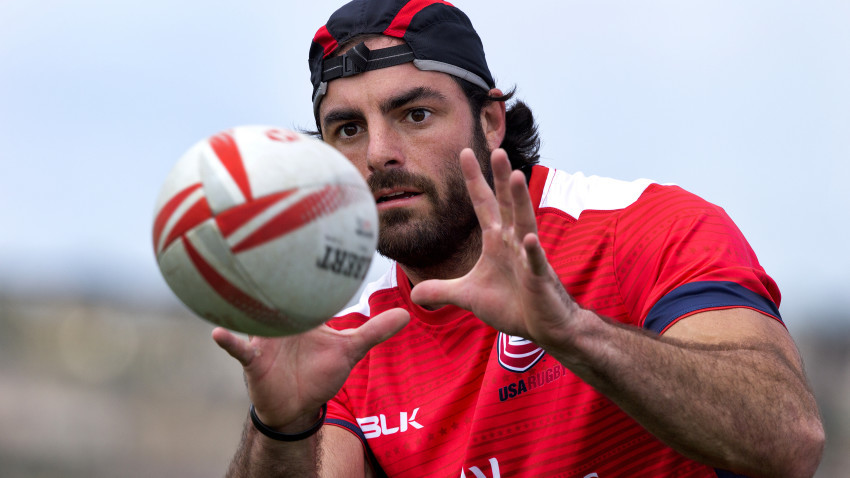 In the history of NFL, Nate Ebner has become the first active NFL player to qualify for Rio Olympics after he secured a place in the USA rugby team that will represent them in Rio Olympics. Mike Friday, the USA rugby Sevens coach, announced the twelve players that will represent USA on Monday. After a whopping 92 years of absence, USA rugby is returning to the Olympics with a lot of determination. For him, getting the chance can only be equated to an NFL spread.

Nate Ebner, the New England Patriots defensive back secured a place in the team after his big gamble of taking time out of the NFL paid off. The defensive back will therefore put his NFL career on hold and aim to conquer the Olympics.

To Ebner, rugby is not an all new experience. In fact, he was an all American rugby player before he was selected by the Patriots back in 2012. Unlike his colleague Jarryd Hayne who was not successful after bidding for Fiji’s Sevens team, Ebner is the right man for the job.

Ebner was born on December 14, 1988 in Dublin, Ohio and raised in Cincinnati. In his teenage years, he used to play rugby and represented US junior national team and Ohio State. He had an athletic body and was a standout rugby union player. At a tender age of 17, Ebner made history by becoming the youngest player ever to play in the USA sevens rugby team.

Ebner had always considered playing Rugby; however he was not lucky and could not find a team that could offer him a contract. He therefore signed a four year deal with the New England Patriots once they approached with a contract. At the beginning of his career, he played almost every game where his performance impressed his coach. He specialized in the position of a defensive back and won his first Super Bowl with the team. In a statement, his coach praised him as an outstanding, quick to learn, highly adaptive and a player with instincts.

Between Football and Rugby
When comparing football and rugby, Ebner said that NFL had more high intensity bursts. On the other hand, rugby has high intensity moments but is not as demanding. In football, you have to recover while still running around. This is like using 60% effort to recover from the 90% you used which is quite difficult said Ebner.

Since he has made it to the Olympics, Ebner has put a hold to NFL. New England Patriots coach Bill Belichick said that he expects Ebner to be ready when he returns from the Olympics. The Rio tournament begins on August 6th while Patriots training camp opens on July 27th. On August 11, The Patriots will host New Orleans in their first pre-season game.