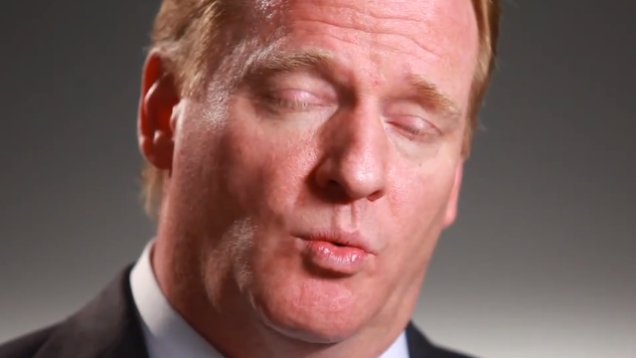 They had one job. They had 191 days to prepare. All the resources of the NFL at their disposal. And they still messed it up. Royally. How is it that the same league that handled Deflategate with so much scrutiny and attention can't even prepare a football field correctly in the most important football game since the Super Bowl? The NFL should be ashamed and embarrassed of themselves for allowing this to happen.

If you weren't paying attention to the football world yesterday, then what I just said didn't make a lot of sense. The NFL's annual "Hall of Fame" Game, which is played in Canton, Ohio, was cancelled on Sunday due to poor field conditions. Apparently, half of the field felt like concrete, and the other half was some kind of mix between mud and grass. If you're wondering how this is possible, I have no idea. Wouldn't the league officials be monitoring the field months and months beforehand so something like this doesn't happen? This game is supposed to be a celebration of the newly inducted Pro Football Hall of Fame players and the mark of the new season, but instead it turned into a laughing stock aimed at the NFL. If the Patriots were playing in this game, I would be filling this article with a few more expletives but it was the Colts and Packers so maybe some karma is coming around to Indy.

In any manner, this was a royal screw up by the league. Many people flew out to watch the induction ceremony on Saturday and finish their weekend by watching the first game of football since February. However, the NFL was probably spending too much time investigating useless cases to focus their attention on something that truly matters: the actual game itself.