Barkevious Mingo impresses in first game as a Patriot 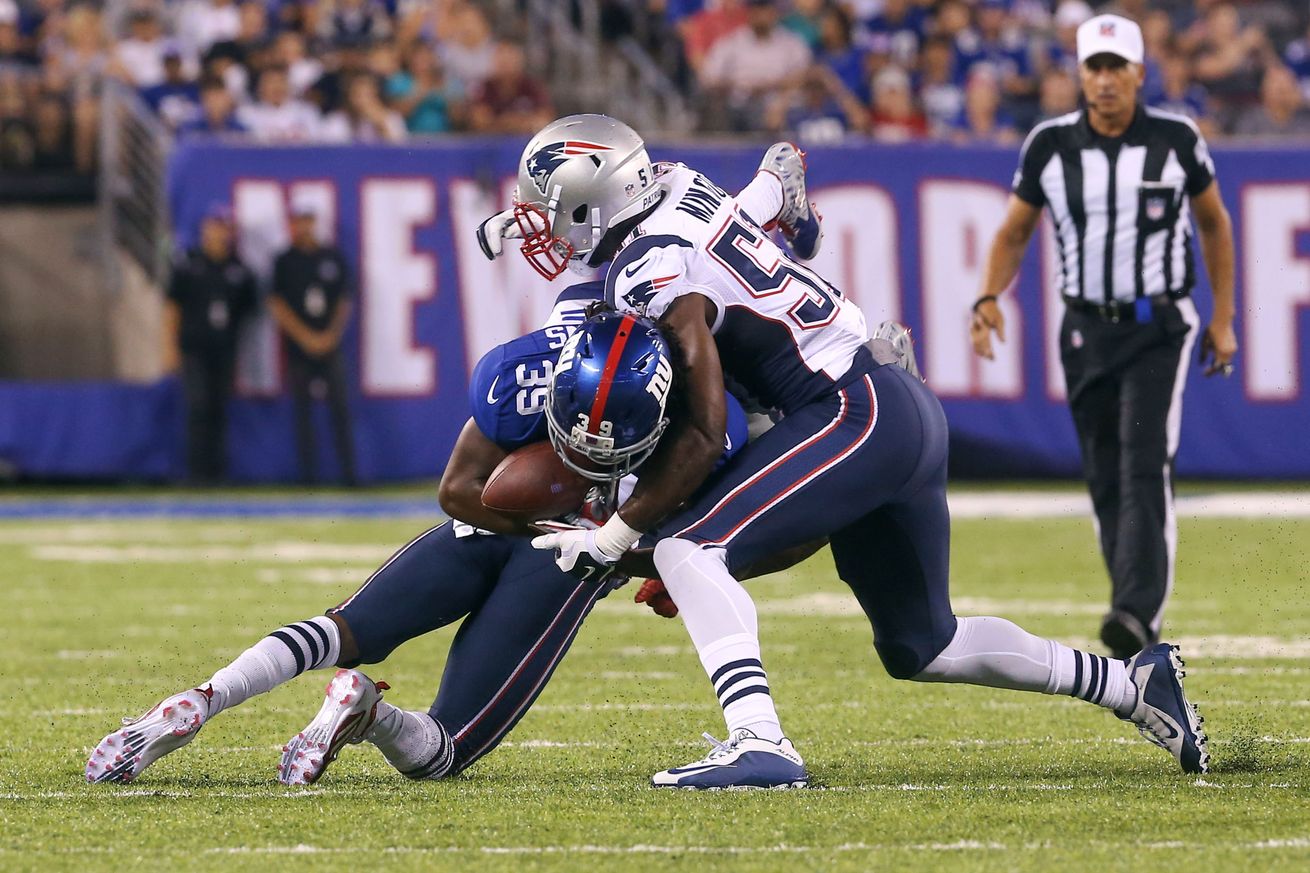 Thanks for the stud, Browns!

When the Patriots traded for the former Cleveland first round draft pick Barkevious Mingo, there were a lot of mixed reactions around the league. Some thought that Mingo could flourish under a change of scenery and a brilliant, defensive-minded head coach. Others protested that "KeKe" was a bust, and nothing was going to change that. Well, on Thursday night, the former proved to be more than true, at least for now. Mingo, boldly wearing recently retired Jerod Mayo's number 51, stepped up in a huge way, creating massive problems for the Giants offense. He had 1 forced fumble, a strip sack, multiple stops in the backfield, and had Energizer Bunny amounts of energy on the field. It seemed like every time New York ran the ball, Mingo was there for the stop; every time Ryan Nassib dropped back to pass, Mingo was breathing down his neck. This is exactly what the Patriots need: pressure on the quarterback. New England's run defense shouldn't be a problem with guys like Dont'a Hightower and Malcolm Brown up front; however, the Pats pass defense was a bit shaky at times last year, and that was in part due to a lack of quarterback pressure. Sure, Chandler Jones got his sacks, and Jabaal Sheard was a wrecking machine at times, but other than those two, there was virtually no other player creating quarterback hurry-ups. Enter Barkevious Mingo. The former LSU Tiger definitely has the potential to be a star along the Patriots defensive front, and playing alongisde someone like Jamie Collins will only help him succeed.

Another little nugget of information that surprised most about Mingo was the fact that he, "lived at the Patriot's facility this week." A main question about the former 6th overall pick was his work ethic, and whether or not his mindset was right to stay with the Patriots like so many have failed to accomplish. However, with this information, and his performance on Thursday, he's looking like a great addition to this New England D.

With each day that passes, the trade the Browns made with the Patriots looks more and more like an absolute steal for New England. Now granted, it was just Mingo's first game in a Pats uniform, but from what I and everybody else saw last night, the talent is most definitely present for KeKe to not only improve under Matt Patricia and Bill Belichick's watch, but flourish, and perform like a 6th overall pick is supposed to.