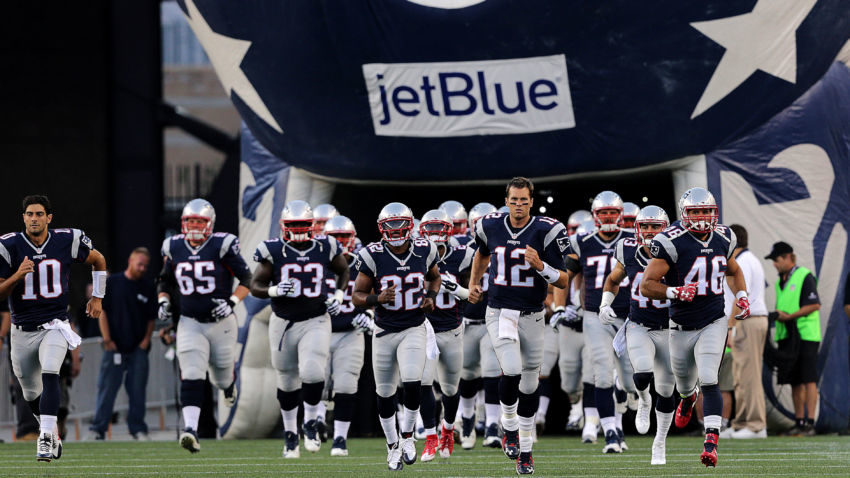 Clark Judge is a long-time NFL reporter expects the Patriots to play with a vengeance. He joined the Bald Faced Truth show to discuss the upcoming NFL season and picked who is his Super Bowl favourite.


"I like the Patriots a lot. Not only because the additions they made in the offseason. I think they have a motivation given to them by Roger Goodell. Tom Brady will come back with a vengeance. The Patriots will play, I think, as they did in wake of Spygate in 2007 when they lapped the field... they picked up some pretty good players in the offseason."

The Patriots are a team that always plays better with a chip on their shoulder. For example 2001 AFC Championship the Steelers already had their bags packed for the SuperBowl. Who won that game. The Pats. Spygate in 2007 as Clark Judge references they came back to have one of the best seasons ever seen lead by Brady and Moss. So the rest of the league beware.