The Patriots are Alive Once Again 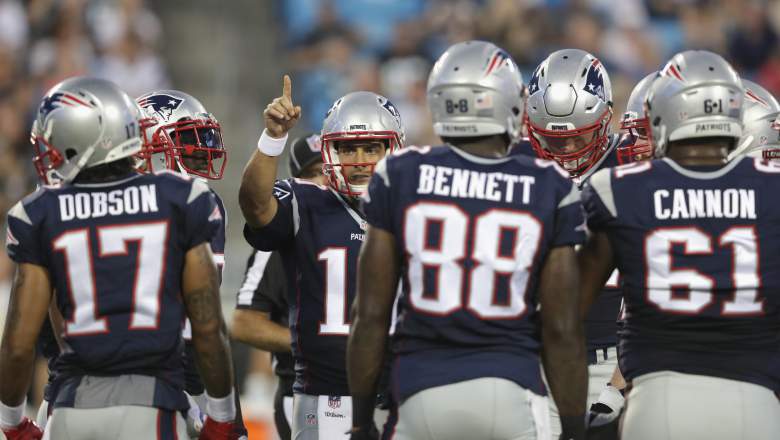 After the Patriots win over the Cardinals with a 23-21 score line, the result clearly showed that they are a relentless team and that Bill Belichick has the magic wand to suck the life from his opponents in the NFL. The Patriots played the game without two of their offensive line starters, the best tight end in the NFL, and the four-time Super Bowl winning quarterback. In 14 of the last 15 seasons, the Pats have recorded double-digit wins in their games, and Sunday’s showdown made it clear that their dominance is still alive. In his starting debut, QB Jimmy Garoppolo played superbly, making a touchdown, including 24-of-33 passing for 264 yards. With Garoppolo filling the shoes of the suspended Brady, it seems NFL Betting odds will push offensive coordinator Josh McDaniels to play the QB more often.

Week 1 of the NFL season had the Cardinals holding two distinctive advantages over the jerry-rigged offensive line of the Patriots. They have solid front four players would play against a refurbished Patriots line, including cornerback Patrick Peterson. Marcus Cannon, Cameron Fleming, and Ted Karras. Pats receivers mostly focused on exploiting the man coverage, channeling most of their plays at Brandon Williams, their rookie cornerback.

McDaniels streamlined Garoppolo’s approach, which helped the QB to receive most of his quick throws from the coverage, which nullified any offensive line deficiencies. When singled up on cornerbacks, wideout Julian Edelman remarkably won most routes, making him the focal point of the Pats passing game. He managed to make three grabs and caught all his seven targets for 66 yards during the game. Edelman, 24, was a key influencer of Garoppolo’s familiarization with the game, as the QB coordinated well with the receiver to make the game memorable. When Garoppolo threw a 37-yard touchdown to Chris Hogan, Williams was caught gazing into the backfield.

During the game, Garoppolo exemplified Belichicks ethos of following his instructions to the letter. However, as Arizona tried to readjust in the second-half, the QB proved that his abilities are sufficient to fill in the shoes of Brady in the next three games without worry. Even though Garoppolo had less instant decisions to make in the second half because Arizona chose to play more zone, he still executed most of his plays perfectly, especially with his elusive mobility. Evidently, Garoppolo is faster than Brady, an exceptional skill that will push him through the next three weeks. The QB made his defining play with a 32-yard strike to Danny Amendola after avoiding the rush. The Patriots led with two points after his efforts concluded with a Stephen Gostkowski field goal.

Therefore, even if Belichick does not play Garoppolo, Las Vegas should never list the Pats as 9.5-point underdogs. Furthermore, it is very likely that New England will not only play the next three games tough, but also are clear favorites to win the AFC East. The Patriots also showed that they have the best defense in the league so far, especially with Jamie Collins and Donta Hightower playing unpredictably as pass rushers, and Chris Long in the fold. Thus, the Patriots have unfathomable and versatile players to scare their opponents this season.

The New England Patriots approached their game on Sunday tactically by capitalizing on silly and small errors, which seems to be the way forward for winning future games. With cornerback Williams, right tackle D.J. Humphries, and backup Earl Watford at right guard, the Pats outplayed one of the most talented teams in the league on the road. Belichick has continuously retold that a loaded roster can only win some games, but its deployment matters most just as he did in their season opener.