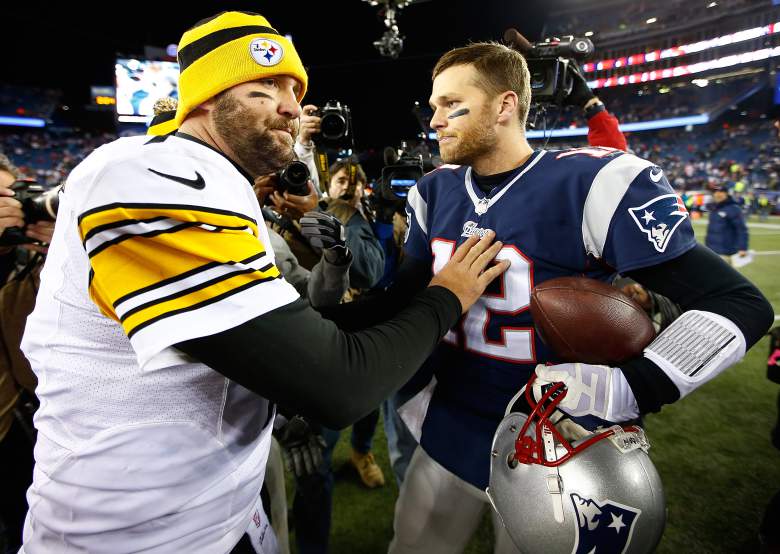 As two of the preeminent clubs in the AFC, any meeting between the New England Patriots and Pittsburgh Steelers is sure to be a grudge match. The quarterback duel between Tom Brady and Ben Roethlisberger is always a pleasure to watch, and both teams are always favorites for playoff contention.

Roethlisberger, however, won't be playing this week, after undergoing surgery to repair a torn meniscus that could sideline him for 4-to-6 weeks. Pittsburgh has established themselves as one of the league's most efficient offenses so far this season, and the Roethlisberger injury is certainly doing them no favors.

According to Dont'a Hightower, though, it's a big help for the Patriots. When asked how the Patriots could fare against the Roethlisberger-less Steelers -- who will be starting consistently inconsistent youngster Landry Jones in his place -- Hightower expressed that the Pats surely would have an edge. Here's what Hightower had to say, via ESPN's Mike Reiss:

“Hey, best shot and all that stuff, but I want to win. Whatever we can do to get that edge [and] not having [Roethlisberger] would be a pretty big edge.”


Most athletes in that situation may take a diplomatic side, or talk about that they still have the rest of the team to face. Hightower, instead, provides candor while calling the situation as it is.


The Patriots secondary has taken on numerous game-changing wide receivers over the course of the season. Larry Fitzgerald, Jarvis Landry, DeAndre Hopkins and A.J. Green are just a few examples of the tests they've had to face.

It doesn't get any better for them this week, when they take on Antonio Brown -- who's always a threat to blow a game wide open. When asked about how Brown stacks up against some of the other top receivers in the league, Devin McCourty told reporters that he's still one of the NFL's world-class pass catchers. As per Pats Pulpit:

“You pick any Sunday, you can pick any of these guys,” McCourty deflected. “He’s definitely one of them. It’s hard to say who’s the best. I mean Julio Jones had 300 yards one game receiving. Week in, week out, last week A.J. Green, this week Antonio Brown. It seems like every week we’re going against one of these guys that is just not normal.”


In a season that's been full of tests for the Pats' secondary, Antonio Brown will continue that trend. It's certainly not an easy matchup for them, but with Roethlisberger out of the picture, they'll still get some relief.