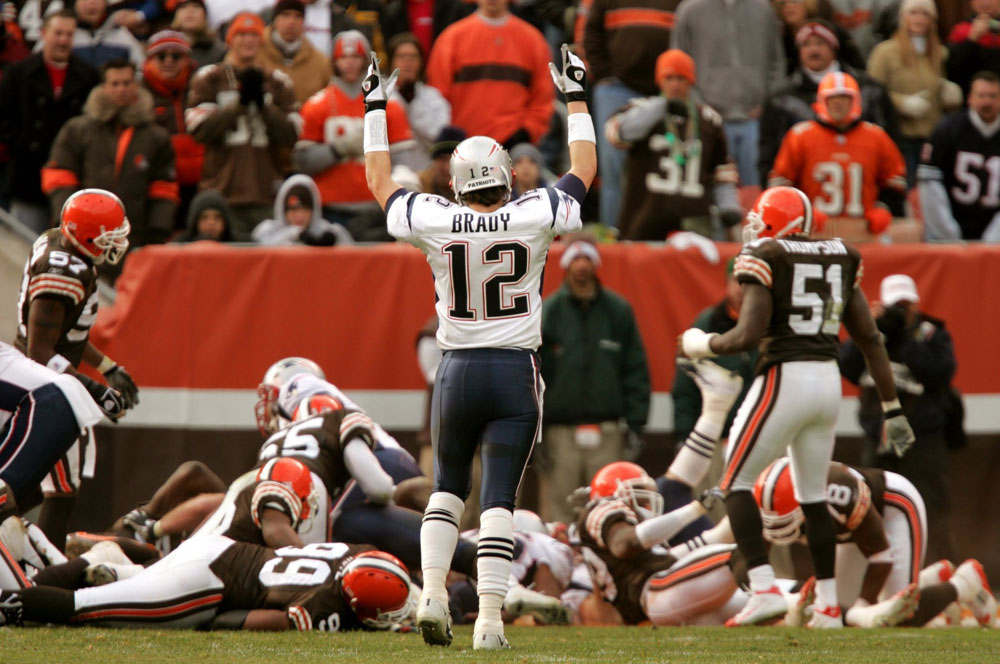 Does this honestly surprise anyone? Even to Browns diehards, this betting line should not be shocking in the slightest. Ahead of Sunday's road battle with the Cleveland Browns, the Patriots have come out as 10-point favorites, and there's one, huge, unsurprising reason why: It's the Browns.

You probably thought I was going to say "Tom Brady" instead of just saying "It's the Browns", but even without the return of Brady on the horizon, New England would still be giant road favorites against the uninspiring 0-4 Browns. Before anyone crucifies me, Tom Brady is going to make this game more of a blowout than that game in the snow back in '09 against Tennessee, and anyone who doesn't think so is probably a Colts or Broncos or Giants fan that loves to spew anything negative towards the NFL's greatest modern dynasty. However, deep in their hearts and everyone else's that will be watching this game, they know Tom Terrific is going to burst out of the gate, run his premature victory lap down the sideline with Jimmy G next to him, and destroy this high tier collegiate team that is the Browns.

However, like I said before, even without TB12 returning, New England would still be sitting near this point spread because let's face it: the Browns suck. Nothing has changed in the past decade. Although, I will admit, when RGIII was healthy and starting week 1, I thought for a split second that Cleveland could maybe, possibly have the slightest chance of going .500 this year. Then, the most Cleveland thing ever happened, and Griffin, a guy Washington traded 3 first rounders for, went down and was placed on IR within a day. And as if that wasn't enough, their more than capable backup Josh McCown takes a dramatic tumble right after Griffin, leaving it all up to the USC alum, Cody Kessler.

Now, Kessler hasn't looked awful these past two weeks, but with the exception of Terrelle Pryor and Isaiah Crowell, he has no weapons on offense. The defense can barely pass for a professional squad, and on top of that, their home field advantage is barely an advantage due to the fact that their crowd is taken out of the game almost immediately because something Brown worthy usually happens right after the opening kickoff. I'm not trying to knock Cleveland too badly, I'm simply stating the facts of the current state of this franchise. Also, with the MLB ALDS set to start tomorrow in Cleveland between the Red Sox and Indians, I truly do feel bad for what Boston sports is about to do to this poor town.

Even with a somewhat crippled Jimmy G under center, the Pats would have rolled through Cleveland like a wrecking truck; but with the return of Brady looming, hold onto your tickets Cleveland, because this one just might go down in the record books.