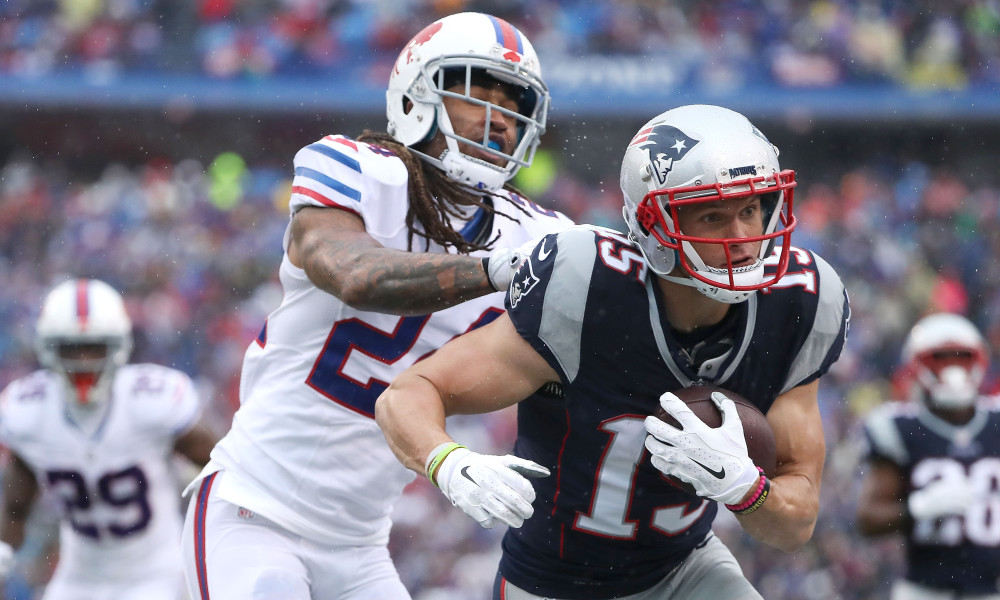 Halloween weekend in the NFL and there were plenty of ghosts and ghouls around but one player in particular spooked his former team. The return of ex-Buffalo Bills wide receiver Chris Hogan.

Hogan came into the league as an undrafted free agent signed by the 49ers and after moving from the Giants and Dolphins, he found a home in Buffalo. Although his best season came in 2015, only 450 yards receiving to his name through 16 full games was less than impressive. Obviously, Bill Belichick saw something in Hogan and signed him in the offseason, and he is now amidst his best season in the NFL (391 yards receiving, averaging 20 yards per catch and 2 touchdowns) having only played half the season.

The former Penn State receiver is finally showing his potential after having a huge game against the Cleveland Browns (114 yards), coicidentally the game Tom Brady returned the Patreiots lineup. Then on Sunday tore up his former teams secondary with 4 catches for 91 yards and 1 touchdown. The highlight was the linkup between Brady and Hogan throwing a rainbow pass for a 53-yard TD.

I think Belichick has struck gold with Hogan because it looks like he has finally found a legitimate deep threat for the Pats offense. This makes Brady and co. an even bigger threat than they already were because he can now unleash the deep ball down the field, probably the first time since Randy Moss was in New England. Tight ends Rob Gronkowski and Martellus Bennett aren't going to stretch the field and Danny Amendola and Julian Edelman are there to run crossing routes for the majority, so Hogan offers something different.