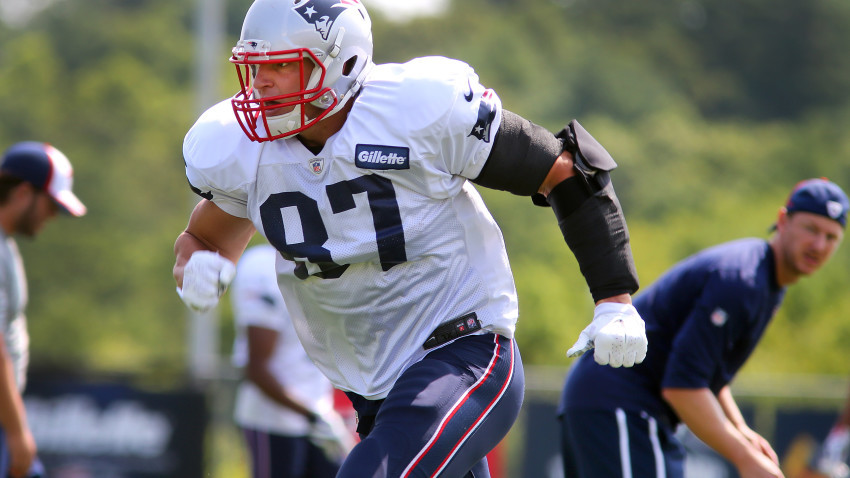 The status of Rob Gronkowski's availability is in question as the New England Patriots get set to square off with the Cincinnati Bengals on Sunday.  The star tight end missed practice on Friday after having already been limited all week. He landed on the team's official injury report Friday.

Gronkowski is officially listed as questionable to play. He sat out Friday's practice with an illness, according to the team. They did not provide any specifics, per usual. Though it's certainly worth noting that he was limited all week with a nagging hamstring issue.

In all likelihood, the big man will suit up and give it a go. But anything is possible, especially based on how the Patriots have handled him in the past.

You may be wondering if any other key Patriots landed on the official injury report. Well, the answer is yes. 11 Patriots are listed as questionable. They are as follows:

The good news is Dont'a Hightower was officially removed from the injury report. He had been battling an unspecified knee injury.