What is wrong with Julian Edelman? 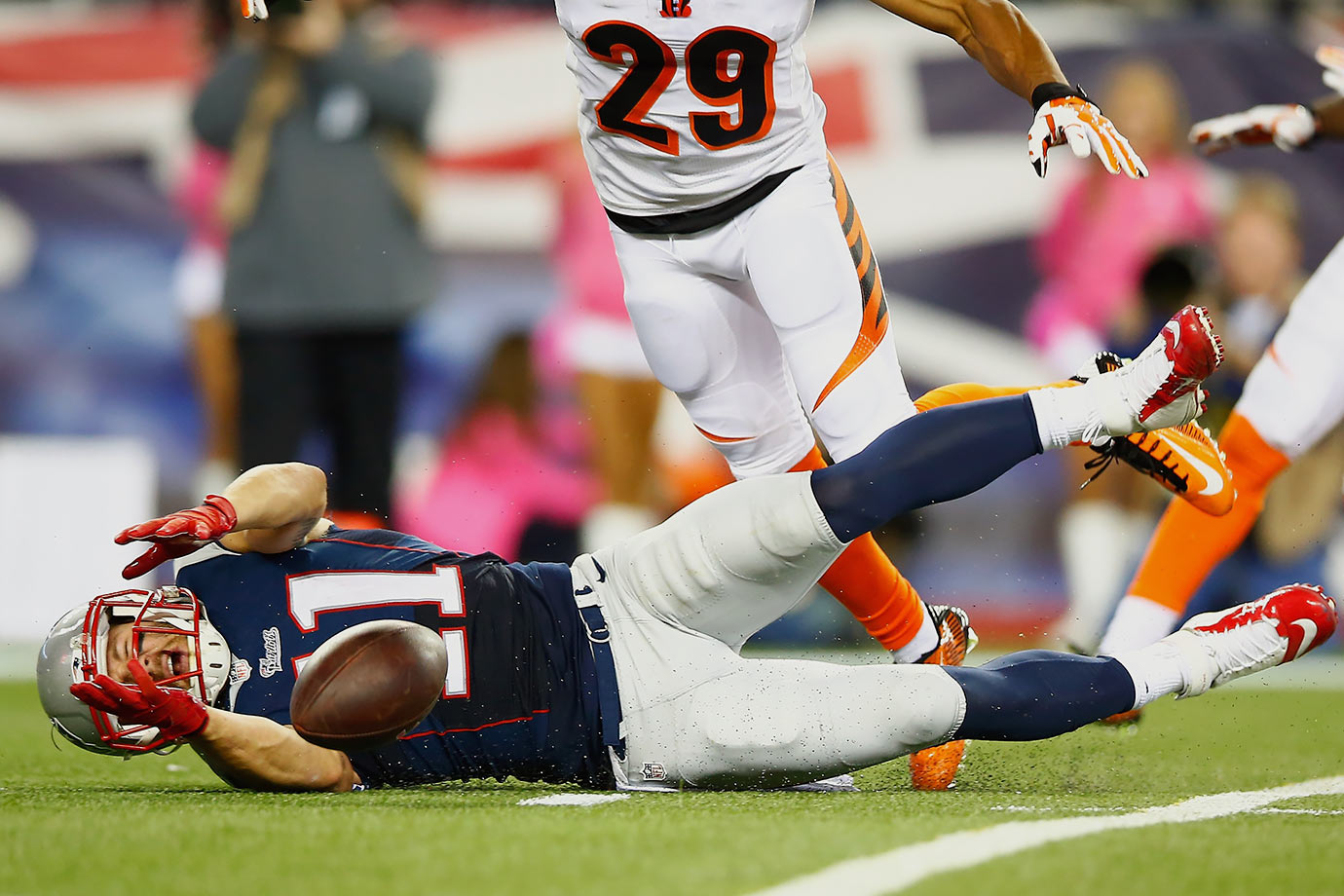 A question I'd never thought I would ask myself: What in the world is wrong with Julian Edelman?

The usually reliable and go-to receiver for New England, Edelman has had perhaps his rockiest start to a season to date, and it's landed him on Bill Belichick and Tom Brady's naughty list for more than one reason. The drops and the fumbles are huge no-no's in the eyes of Patriots coaches and if this gets any worse for JE11, he might be in store for a Jonas Gray-type of punishment.

Now when I say Jonas Gray-type punishment, I don't mean the Patriots will end up cutting Edelman, because that would be just plain silly. If this trend does continue in the coming weeks, Jules could be a healthy scratch to show him that even he isn't untouchable (see Cyrus Jones since Cleveland). While he does have a 5.6 drop percentage and 2 fumbles (1 lost), Julian is still capable of being one of, if not the best, slot receiver in all of football; so why is he experiencing this level of struggle? Confidence. It's identical to what Stephen Gostkowski is going through right now with all the uncharacteristic misses, and it's not something that can just be fixed in a week of practice. Confidence in any sport is almost as big and important as talent and skill itself, and can lead to some serious problems if not sorted out.

Naturally I don't think that Edelman won't be able to overcome this because he's already faced so much adversity in his career, but with the likes of Chris Hogan and the two tight ends of Gronk and Bennett, Edelman might and probably will see a decrease in targets for the time being. It's safe to say that Brady simply trusts other receivers over Jules right now, and he needs to prove to Brady and the rest of the Patriots that he can return to form, otherwise the lack of targets could be permanent.

As for the fumbling issue, Edelman and punt returners in general are usually good for at least one fumble each season. That's just the game, but Julian already has two this season, which as we all know is a one way ticket to the New England bench with Belichick at the helm. He's already been temporarily replaced by Danny Amendola, and if Jules gets another shot and blows it somehow, one of the better punt returners in history (statistically) will be getting the boot.

Of course, the scenarios above are worst case situations, as Edelman has proved time and time again that he's unlike any receiver in the league, with his tenacity and aggressiveness being unmatched. I have full confidence that he will cut out most of the drops in the coming weeks, and reappear on the punt return team after a couple games. A good, solid week of practice this week will definitely benedit Edelman more than any other player, and if we're lucky, he'll go back to being a first down machine next Sunday in Buffalo, where he's always performed very well.