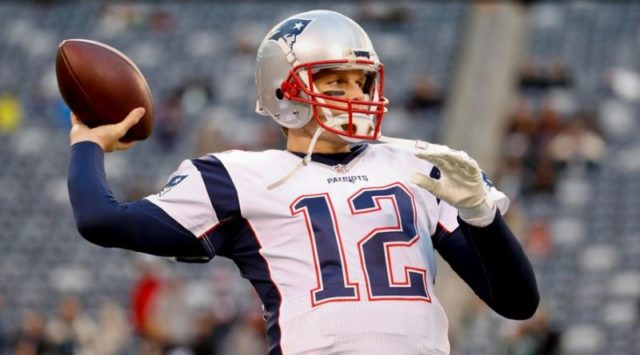 The greatest quarterback that walked this earth achieved another record this weekend. Tom Brady tied Peyton Manning's 200 career wins with a tough win against a rejuvenated New York Jets team.

Brady, now 39, doesn't look like he is slowing down anytime soon and could play way into his fourties if he carries on taking care of his body the way he does and not sucking (his words). He tied the record at MetLife Stadium on Sunday afternoon with a 22-17 win to take the Patriots to 9-2 for the season and miles ahead in the race for the AFC East crown.

Did anyone think they would be saying 16 years later, after being taken 199th in the 2000 draft, we would be talking about Tom Brady getting to 199 career wins in his homecoming game against San Francisco last week. It was a tough ask to get to 200, he was only playing with one leg yesterday and then star tight end Rob Gronkowski going off injured in the first quarter. Although, trailing with 5:04 and Brady on his own 17, the hopeful Jets fans in the stands knew what was going to happen already, and he didn't disappoint. Brady drove down the field and found Malcolm Mitchell in the back of the end zone for the go ahead score.


"You don't want to put Tom in those situations," said Darrelle Revis. Brandon Marshall also said he "felt good, but knew that Brady has that thing where it kicks in, He's a special player. He's one of the best to ever to do it. There's never a time where he's out of it."

The future Hall of Famer will have the chance to break the record in front of Patriots faithful when the LA Rams come to town. Brady is proving once again why he is the GOAT.