Gronk: No call is what it is 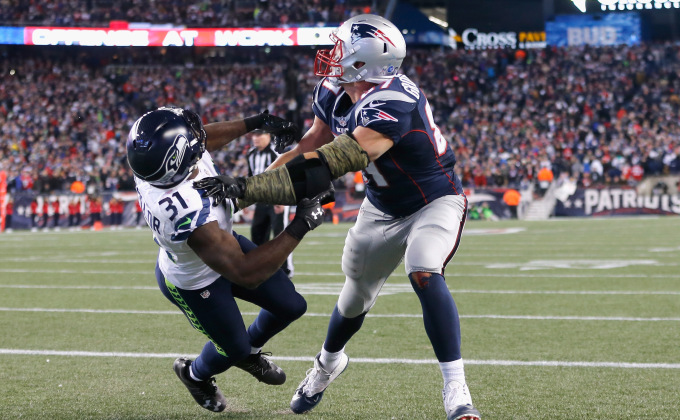 We all still haven't got over Sunday's loss against the Seahawks, I know. When you look back should the last play have been flagged.

Both Tom Brady and Rob Gronkowski wanted the call for defensive pass interference on the returning Kam Chancellor but it didn't come. It would've have extended the game for New England to have one more chance to put the ball in the endzone but it ended in a second loss of the season for the Patriots. To be honest they had 4 chances already to put it in from the 1-yard line so they only have themselves to blame. Although, this once again throws more controversy over NFL officials. First you can't celebrate without being penalised and then flags aren't being thrown for obvious fouls, what is going on with the officiating?

Gronk spoke to ESPN about the no call:

"The play is what it is. You can't really change it."

Gronkowski said he hadn't been trying to initiate contact but that "it just happened."

"He was playing off me a little bit, pretty far, farther than usual," Gronkowski said. "You usually don't see that, and it was a fake, so I had to go up to him and make a little move."

The star tight end only had three catches for 56 yards with most of the slack taken up by Martellus Bennett who had an 100-yard game. Obviously, the last two games involving these two teams have finished on the 1-yard line but what would you rather. A regular season win or a Super Bowl.