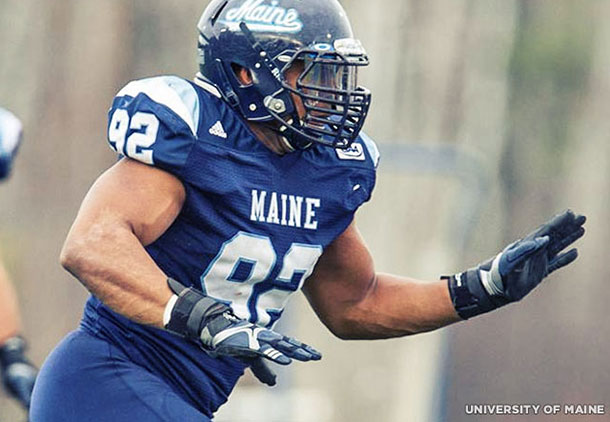 The New England Patriots bolstered their depth at linebacker on Monday by signing Trevor Bates, a former University of Maine standout. In order to make room on the roster for Bates, the team released practice squad fullback Glenn Gronkowski.

Bates first broke into the NFL earlier this year with Indianapolis Colts. He was drafted in the seventh round of the 2016 draft. And according to the Portland Press Herald, the Patriots were one of 10 teams to scout Bates at his pro day.

The 6-foot-2, 247-pound linebacker was signed to the team's practice squad. ESPN's Mike Reiss pointed out some eye-opening statistics that he tallied while at Maine.

Those numbers were recorded in the Colonial Athletic Conference, but they still indicate high upside. They are numbers that indicate the potential for an athletic, run-stuffing player who can also cover in the passing game. Only time will tell if Bates can earn his way into an already deep rotation, but it would appear that he has a wealth of talent that's yet to be developed.

Bates appeared in just one NFL game with Colts in Week 5. He was released following the game.