Player to Watch: Will it be Jekyll or Hyde that turns up for the 49ers on Sunday 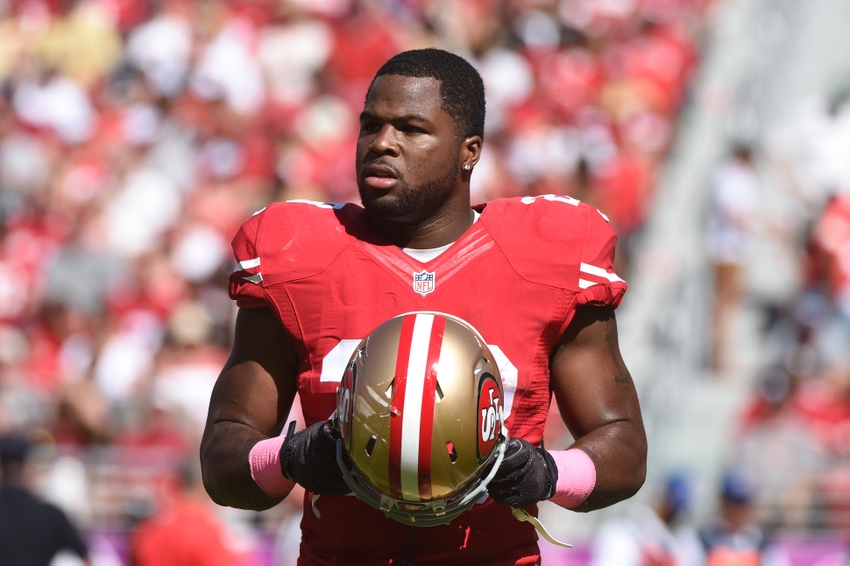 The Patriots go up against the 49ers on Sunday with Tom Brady facing his hometown team in San Francisco for the first time. The Player to Watch this week is running back Carlos Hyde.

This guy is an incredible talent and has shown glimpses of this since he came into the league in 2014. Drafted in the second round by the 49ers out of Ohio State and was one of the best running back prospects coming out of college. In a pretty poor 49ers team he could be the one shining light. In his first game as a starter he ran for 168 yards and 2 touchdowns against the Vikings. Unfortunately, Hyde was placed on IR in December of the 2015 season.

Stopping Hyde is obviously going to be hard if he gets going but the whole offense will probably rely on him. This is because can Colin Kaerpenick really carry an offense? The defense will have to step up after having a poor performance against Seattle last week. The lack of real playmakers on defense will affect New England obviously, and Bill Belichick has probably drilled them into shape this week ready for Sunday. Although, he can get to the outside, Hyde's strength is to run between the tackles down in the trenches, so they will have to stuff the holes upfront. With that and the running threat of Kaerpernick there is going to be a lot of work for the likes of Dont'a Hightower and Elandon Roberts but they should be able to handle one of the weakest offenses in the league.