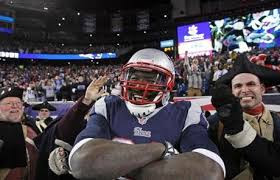 What a difference a year can make.

After victory over Baltimore this past Monday night, the Patriots, behind a cohesive offensive line and a healthy LaGarrette Blount, have risen to 7th in rushing yards per game in the NFL.

Perhaps even more dramatic than New England's improvement in the run game has been Denver's inability to stop it this season. Last year's 3rd ranked run defense has struggled to overcome the free agency departures of DT Mailk Jackson and LB Danny Trevathan. They currently rank 29th in the NFL in rushing yards allowed per game.

On the interior, Derek Wolfe has been productive when healthy this season, but he hasn’t received much help. Poor play from Sylvester Williams and Jared Crick have plagued the unit.

The trend gets worse. According to Cameron Wolfe of the Denver Post, both Broncos starting inside linebackers could be out for Sunday's tilt. Brandon Marshall, who suffered a hamstring injury in week 13, is unlikely to suit up. Todd Davis is day-to-day with an oblique injury sustained in their week 14 loss to Tennessee.

Behind them on the Broncos depth chart are Corey Nelson and Zaire Anderson, both of whom are considered undersized and typically contribute only on special teams. Quinten Gause, a member of the Patriots practice squad at the beginning of the season, was elevated to Denver’s 53-man roster last weekend.

LaGarrette Blount, with over 1,029 yards and 14 touchdowns through 13 games, should be licking his chops. What a difference a year can make.