Great news for the Patriots defense on Sunday 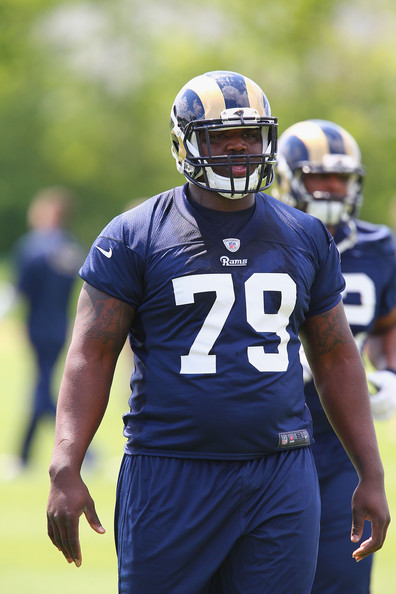 A week after being benched in front of friends and family in New Orleans, Rams left tackle Greg Robinson has a "good chance" to return to his starting role on Sunday in New England Jeff Fisher told reporters in Los Angeles on Monday.

With Robinson, a Thibodaux,LA native, piling up the penalties so far this season, he was a healthy scratch against the Saints in a blowout loss. Starting left guard Rodger Saffold slid over to take his spot protecting rookie QB Jared Goff’s blindside, but left in the second quarter with an injury.

Robinson was taken 2nd overall in the 2014 NFL Draft. Now in his 3rd year of his 4 year $21,284,098 contract, Robinson has shown more flashes of Tony Mandarich than Orlando Pace, and the Ram’s offensive numbers have continued their downward slide. They ranked 21st in 2014 in points per game, but fell to 29th in 2015, and are currently ranked dead last this year. There will be no shortage of opportunities available Sunday for a Patriots pass rush unit that would love to start building some momentum as they head into January.