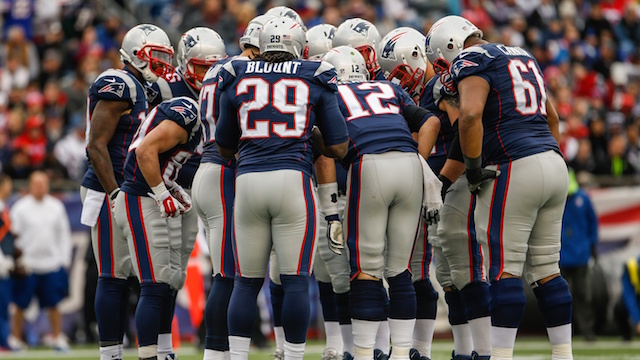 AFC East Champs - Done, Playoffs - Done. Once again the New England Patriots have made the playoffs and are looking to lock up the No.1 spot in the AFC. Although this time last year the Pats were 12-2 going into the final two games of the season but went into the playoffs in bad form with back to back losses. Like last year the final two games of the season are against division rivals, the Jets and Dolphins.


“It’s kind of like we’re in the same position [as] last year -- same opponents, obviously same goals,” safety Devin McCourty, one of the team’s captains, said Wednesday. “Last year, whatever we thought of how good of a position we were in and ‘blah, blah, blah,’ the season didn’t end the way we wanted [it] to.”

Part of ensuring that doesn’t happen this year is by adopting “a huge sense of urgency,” which isn’t always easy for players at a time of year when many around them are relaxing and enjoying holiday cheer.

“The biggest thing we always talk about is past games, last year, and the biggest thing is learning from those experiences,” McCourty said. “Obviously those games have no bearing on this year’s games, but just learning, ‘What did you do that week? Did you go the extra step to try to prepare? Did you go the extra mile at the toughest part of the season -- two games left, Christmas, New Year's, holidays -- just trying to put in a little extra?’”

Part of the Patriots' struggles last year were the result of an unusual offensive game plan in the season finale at Miami, when they ran the ball 21 times in the first half and threw just five passes. It will be key for the Patriots to play lights out until their fate is sealed because it is so important to avoid a slump so late in the season. To go into the playoffs off the back of two losses it loses momentum so it is huge to wrap up the first round bye and home field advantage throughout the post season.