Tom Brady is front-runner to win league MVP, according to poll 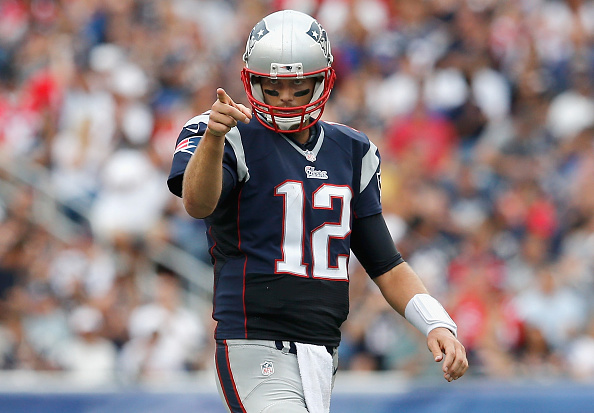 New England Patriots quarterback Tom Brady, at age 39, is undoubtedly having one of the best season's of his career. In nine games, Brady has tossed 22 touchdowns and just two interceptions. He is the best player on what appears to be the NFL's best team, but is he deserving of the Most Valuable Player award?

Many critics have spoken out against him, arguing that he's not a worthy candidate because of his four-game Deflategate suspension earlier this year. But according to a new poll released by a group of ESPN.com panelists, Brady is now the league's top choice to win.

Of the 13 panelists who voted in the poll, seven of them picked Brady as NFL MVP and six of them sided with Oakland Raiders quarterback Derek Carr.

It's hard to argue against the fact that Brady is averaging 320 passing yards per game, second only to Drew Brees of the New Orleans Saints. His 68.5 percent completion percentage is good for third-best in the league. His 113.6 passer rating is the best among all quarterbacks.

Carr is averaging 268.6 passing yards per game with a 63.5 percent completion rate. He has thrown 24 touchdowns and five interceptions. His 96.0 quarterback rating falls well short of Brady.

Brady has won two MVP awards in his career. They came in 2007 and 2010. It certainly feels like a third is in order for this season.