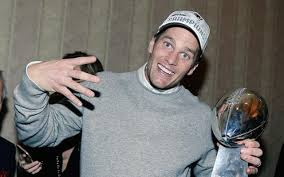 We're not even a full month into 2017 and we may already have a couple of the dumbest sports hot takes of the year centering around everyone's favorite star quarterback, Tom Brady.

We'll start with Cowherd, who at times has been a supporter of Brady. On his radio show "The Herd with Colin Cowherd," which is featured on FS1, Cowherd asked if Brady should lose his starting job if the Patriots lose to the Steelers this weekend.

No, I'm not kidding.

Look, I think hot takes are fun within reason, but this goes past a level of stupid I had no idea existed. Would anyone in their right mind want to see Brady go anywhere when he's still playing at such a high level? Not only that, but with trade rumors swirling around Jimmy Garoppolo, I don't think Brady's job is up for grabs...but what do I know?

This is sure to catch the attention of Patriots fans everywhere and one would expect Cowherd to get bludgeoned for this take much like the Chargers did for revealing that awful L.A. Dodgers knockoff logo. This literally blows every hot take Michael Felger has had out of the water and then some.

And it doesn't stop there!

Everyone's favorite New York Daily News troll, Manish Mehta, wrote a column claiming that Aaron Rodgers would have won more Super Bowls under Bill Belichick than Brady has. Mehta loves nothing more than pissing off Patriots fans, and this is another thing that is sure to ruffle some feathers.

You can read the whole thing here, but in a nutshell Mehta believes that because of Rodgers' ability to make throws on the run and his ability to throw a better deep ball than Brady, that would have been enough to get the Patriots at least one more Super Bowl win than they've had with Brady under center.

If this were a few years ago, I might be inclined to somewhat agree with this. But Brady has become more efficient making throws on the run and scrambling to avoid pressure in recent years, so it's not like he is completely incapable of doing those things. In fact, that has probably prolonged his career a bit.

There is no denying that Rodgers is an incredible quarterback, and I really hope he and Brady meet in the Super Bowl. But having watched Brady every week for nearly two decades, I'm a little biased. No one can pick apart a defense like he can. Give me Brady every single time.