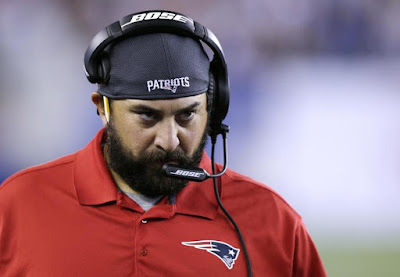 Sunday's AFC Championship Game against Pittsburgh Steelers will be the toughest test for New England's defense all season.

The narrative regarding the offensive ineptitude of New England's opponents has been written and talked to death. It can't be argued away. The schedule was easy. The quarterback play they faced was, for the most part, detestable.

So by default, yes, the Steeler offense provides the Patriot defense with the season's most formidable opposition. However, this notion begs for context.

The question no one is asking is this: Why should the Patriots defense fear the Steelers more than Ben Roethlisberger and company fear them?

For those of you who remain skittish and quivering with anxiety as you anticipate the arrival of a "real" quarterback to Foxborough this Sunday, some numerical hope:

78.4 - Ben Roethlisberger's QB rating on the road this season.

83.3 - The average of the 12 quarterbacks that one would categorize as "below par" to "human dumpster fire" on the Patriot's schedule this season. The list (in order of when they were played) includes: Ryan Tannehill, Brock Osweiler, Tyrod Taylor, Cody Kessler, Andy Dalton, Landry Jones, Colin Kaepernick, Ryan Fitzpatrick, Jared Goff, Trevor Siemian, Bryce Petty and Matt Moore. That leaves only Carson Palmer, Russell Wilson, and Joe Flacco.

5 - The number of losses Big ben has in 8 games against the Patriots.

Relax annoying radio show call-in guy. Le'Veon Bell is going to "get his", just as he did in October's tilt in Pittsburgh that saw him accumulate 149 yards on 31 touches. Here are some numbers for those who believe New England can't handle some "Juice":

88 - Number of rushing yards the Patriots allowed per game this season, 3rd in the league. Some of those opposing running backs? LeSean McCoy, David Johnson, Le'Veon Bell, Jay Ajayi...

6 - Number of rushing touchdowns against the Patriots this year, the best in the league.

3 - Number of 20+ yard carries against the Patriots this year, the best in the league.

11 - Number of fumbles forced by the Patriots against the run this seasons, 3rd in the league.

Yes, Bell has amassed some fantastic numbers in his first 2 postseason games. What has failed to be mentioned is that those totals were logged against the 30th and 26th ranked defenses.

A couple more general defensive numbers for those starting to immerge from their fear-laden fogs:

18.4 - Number of first downs allowed per game by the Patriot defense, 3rd in the league.

37 - Percentage of 3rd down conversions allowed, 7th in the league.

34 - Number of points between the Patriots and the next closest team (NYG) in total points allowed this season.

However, there is one number that surpasses them all:

2nd - Pittsburgh offensive ranking between the two teams on Sunday. The Patriots offense ranks ahead of Pittsburgh in passing, rushing, scoring...ok, every major offensive catagory.

Yes, Pittsburgh has the best offense the Patriots have faced in a long time. Boring. Obvious. Repetitive. That doesn't come close to telling the story.