With the Patriots victory over the Falcons seemingly literally impossible late in the game, several newspapers started getting ahead of things.

Some folks even ended up getting headlines about the Patriots loss this morning other news outlets shared what could've been on twitter. Here are six of the best.

Family friends in Naples, FL had this delivered to their house this morning. The perils of early edition newspapers. pic.twitter.com/iSbchhrqSx
— Field Yates (@FieldYates) February 6, 2017

@sportspickle this came thru this morning for people in Atlanta that have a digital subscription. pic.twitter.com/imywpvxGHx
— Andrew R (@kidcue) February 6, 2017 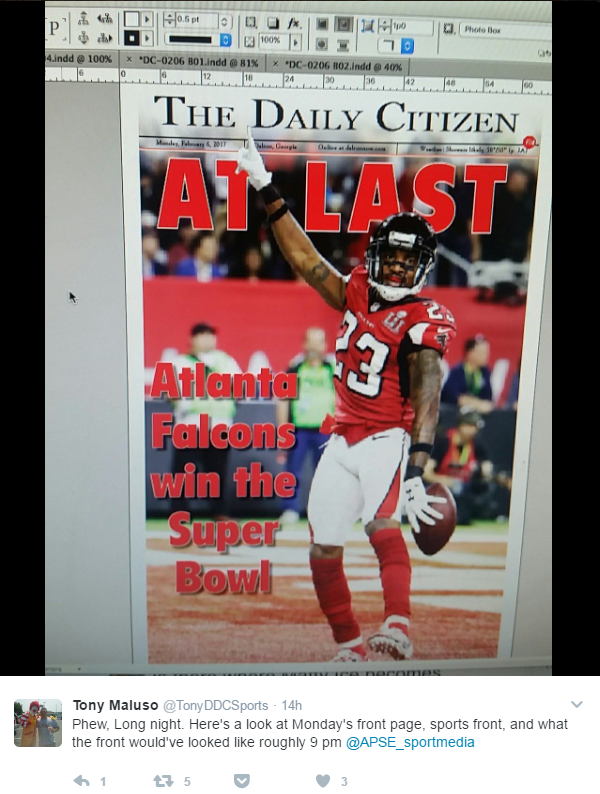 Will have to make changes to this ... pic.twitter.com/wPJJAhjDzO

Yeah, we were a little premature on this one too. From The MMQB CMS. pic.twitter.com/sO5DNrHFsw