Bill Belichick complains about being behind on next year 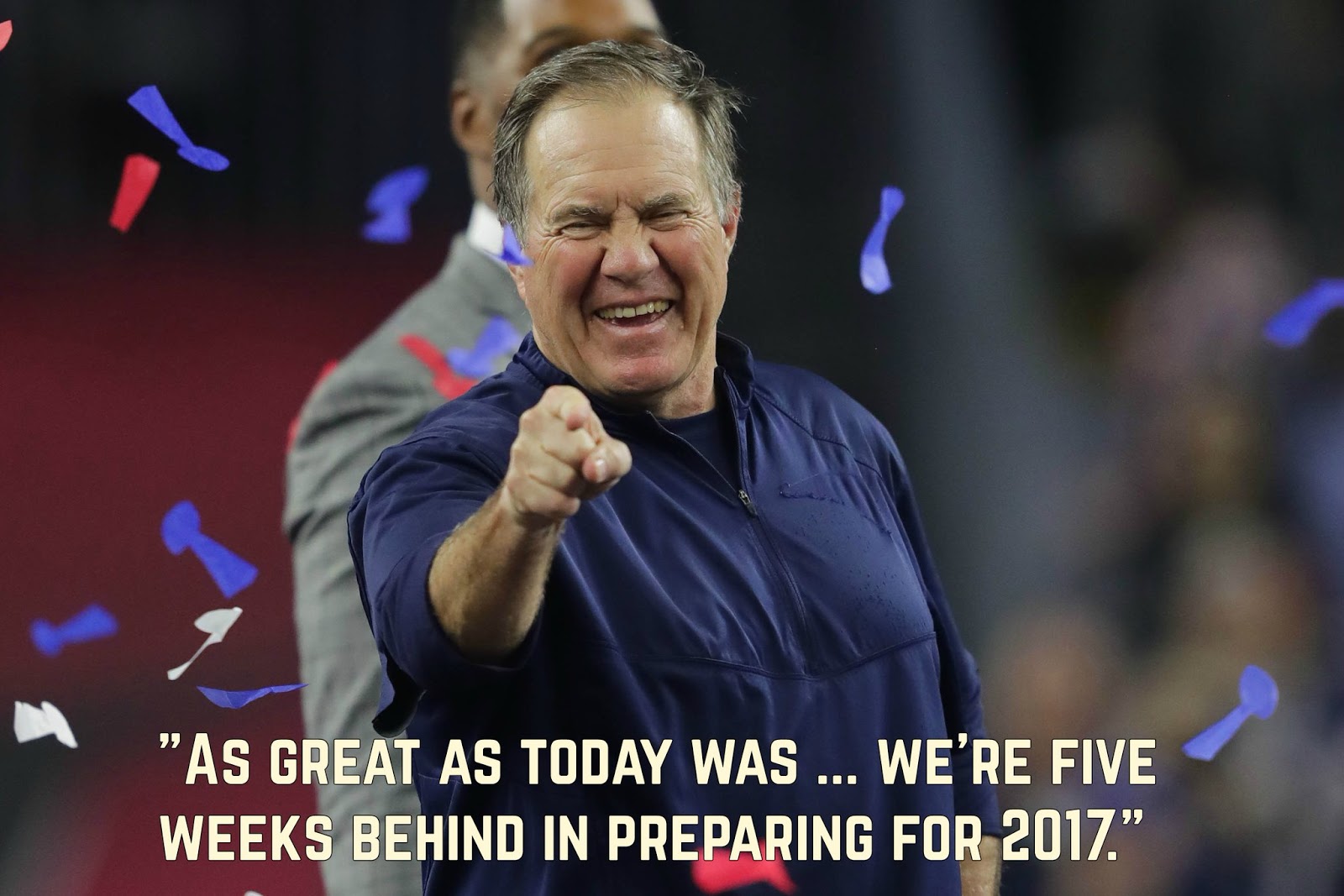 Brady was presented the MVP trophy by Goodell but to close the event Bill Belichick got a chance to speak.

Surprise surprise, Belichick is on to 2017.

The Pats will open the season as 5-1 favorites to win the Super Bowl again, and Bill's obsession with preparation is in large part a reason for that. Those same characteristics apply to his quarterback, Tom Brady, who Bill came out in defense of also this morning, citing storylines being written about Brady's extra motivation this year due to "Deflategate".


"And again with all due respect I think it's inappropriate to suggest that in Tom's career he's been anything but a great teammate, a great worker and has given us every single ounce of effort, blood, sweat and tears that he has in him," Belichick said at the Monday morning victor's news conference. "To insinuate that this year was somehow different, that this year he competed harder, did anything to a higher degree than he has in the past is insulting to the tremendous effort and leadership and competitiveness that he's shown for the 17 years that I've coached him. It's been like that every year, every day, every week, every practice. I don't care if it's in May, August or January -- Tom Brady gives us his best every time he steps on the field."