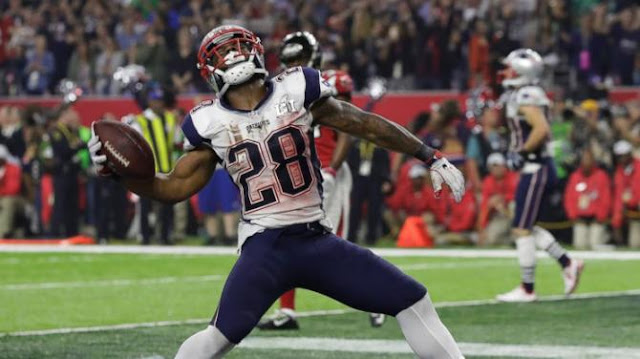 Tom Brady won Super Bowl MVP for the fourth time in his career, and with that, he's the owner of a brand new truck. However, it looks like he's going to give it to James White for his heroics in Super Bowl LI.


This won't be the first time Brady has given away his MVP truck. He gave Malcolm Butler the truck he won from Super Bowl XLIX.

White scored 20 of the Patriots' 34 points. He caught one touchdown passes and ran for two more, including the game-tying and game-winning scores.

Brady had high praise for his running back, who is one-third of a deadly ground attack.

"He just does everything right and you can never get mad at him," he joked. "Even when he doesn't make the play, he feels worse about it than you do. He's just the best teammate, an incredible player, and has been that way since he really assumed that big role when Dion [Lewis] got hurt [in November 2015]. I'm so proud of everything he's accomplished. I've seen him grow up as a rookie, to working his tail off and becoming a big factor in all these games."


White's 110 receiving yards are the most for a running back in Super Bowl history.