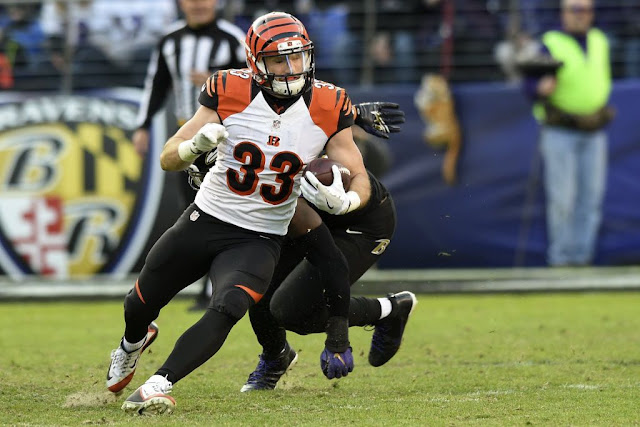 The Patriots have added to their backfield, signing former Bengals running back Rex Burkhead. Terms of the deal were not disclosed.

Until injuries to Jeremy Hill and Giovani Bernard allowed Burkhead to get involved in Cincinnati's offense, he was mostly a special-teamer, and a good one at that.

Burkhead is small in size at 5-foot-10, but he's been praised for his hard-nosed, in-between-the-tackles running style.