The NFL regular season schedule for all 32 teams was released last night during a ridiculous ESPN special. Why they make a big deal of it I'll never know, but that's neither here nor there.

We already knew who the Patriots were playing next year, but now we know the dates and times, per the team's official website. 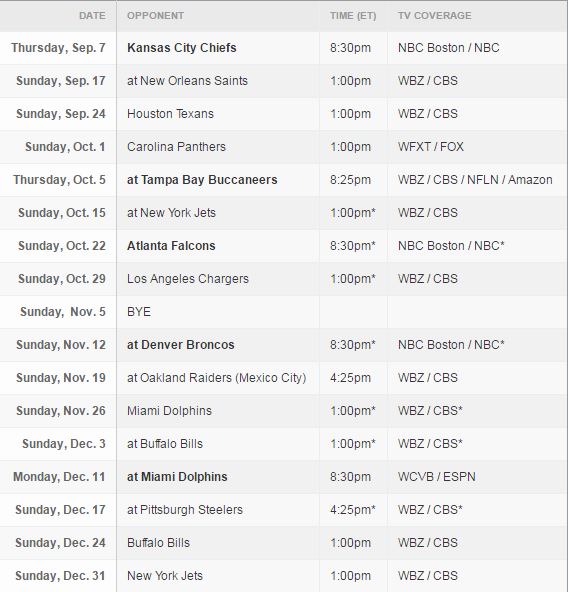 I love that this schedule features so many 1 p.m. games, some of them against good opponents. The Pats will be tested right out of the gate with Kansas City, New Orleans (I know their defense sucks but I'll never count Drew Brees out of anything), Houston and Carolina. Hell, even Tampa could be a good match up.

Here are some other thoughts: