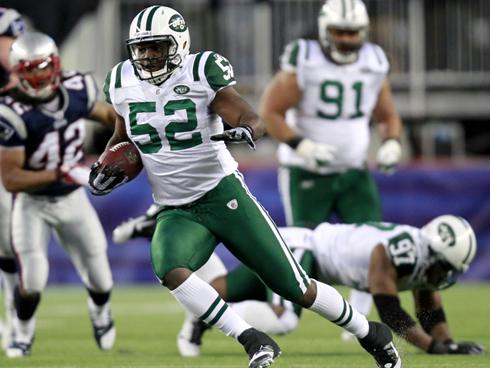 The Patriots just landed a pretty big fish from one of their AFC East rivals.

The team has signed former Jets linebacker David Harris to a 2-year deal. Harris immediately fills a potential early-down need next to Dont'a Hightower and provides depth at a position the Patriots are sort of thin at.

Harris is 33 years old but is still effective. He had 95 tackles for the Jets last season and essentially ran that defense.

For his career, Harris has recorded 708 tackles and 35 sacks. He only recorded one half-sack last season.