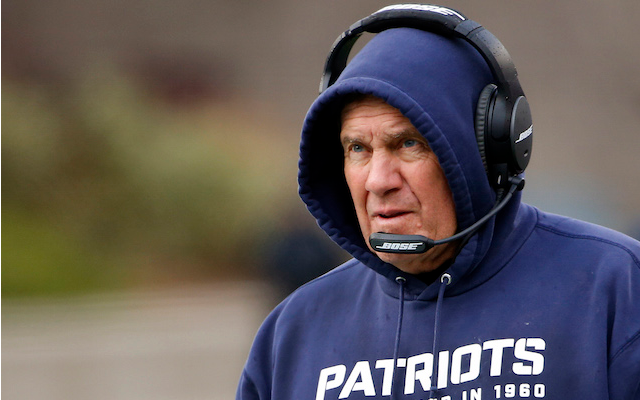 Bill Belichick addressed the media for the first time since the Super Bowl earlier this morning, and he of course said almost nothing of substance.

However, he did announce that the Patriots will hold joint practices with the Lions, Jaguars and Texans, which are three of the four teams New England will go up against during the pre-season.


The Patriots will be working with the Detroit Lions along with the Houston Texans and Jacksonville Jaguars this preseason.
— Tyler Sullivan (@TylerSully) July 26, 2017

Traditionally, most teams will hold joint practices with one or two of their opponents. But this should be really good exposure and preparation for the Patriots as they head in to the regular season.

Belichick also addressed the 19-0 talk, which he said he doesn't really care about.


Belichick is quite shockingly "not really worried about all that's in the future" when asked about going undefeated.
— Jeff Howe (@jeffphowe) July 26, 2017