Do the Patriots actually have any flaws? 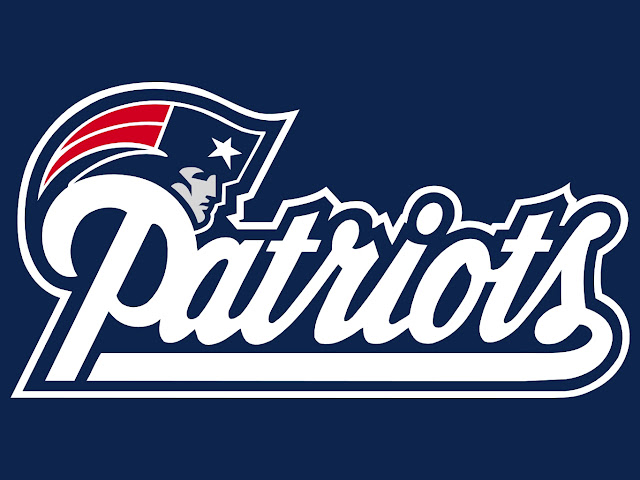 Note: this was written by newcomer Jake Scearbo

It’s that time of year in the sports calendar where there is nothing major happening so writers often start ridiculous debates to gets page views.

Karen Guregian posted in the Boston Herald this morning about 10 questions the Patriots face going into training camp. She makes some valid points in her article, but I am an optimist and a diehard Patriots fan, so I want to debunk her stance.

The only real question mark the Patriots face, along with every other team in the NFL is injuries. This cannot be controlled, as injuries are a part of football. Lets jump into Guregian’s list.

Her second question is regarding new tight end Dwayne Allen and whether he could fill the shoes of departed Martellus Bennett should Rob Gronkowski get injured. Bennett was dealing with ankle injuries for much of the second half of the season and was much more of a blocker with his limitations. While Allen has had issues catching the ball throughout his career, he will surely get more comfortable in the offense and also provide solid blocking. At this point, Gronk is healthy and ready to be a monster again, so the tight end position is not something to worry about at this time.

Her third question addresses the age of quarterback Tom Brady. Yes, everyone knows Brady is turning 40 in August and that there have rarely been any successful quarterbacks into their 40's. But Brady is different. He is as healthy and motivated as any younger quarterback in the league with better weapons than last season. His offensive line is returning, so he should have plenty of time to throw and won’t take the big hits. Coming of an all-time Super Bowl comeback, we can pump the brakes on Brady’s age being a questions mark.

Question No. 6 addresses the pass rushing concerns the Patriots defense has. They were in the middle of the league last year, ending the season with 34 sacks but lost Chris Long and Jabaal Sheard to free agency. These two departed players combined for nine sacks. Pass rush will prove to be a non-issue come the regular season with Trey Flowers poised for a massive season after his stellar play in the Super Bowl. Pairing Flowers with Rob Ninkovich and newcomers Lawrence Guy and Kony Ealy, opposing quarterbacks should still have their hands full with the Patriots front four. Don't forget that the addition of middle linebacker David Harris could push Dont’a Hightower to the edge for more snaps where he can be effective. His Super Bowl sack and forced fumble of Matt Ryan shows he has some serious speed off the edge. The Patriots defense will always find a way to generate pressure and should use many different combinations of players so this question will not deter the defense too much.

The seventh question touches upon the replacement of LeGarrette Blount with former Buffalo Bills running back Mike Gillislee. Blount had an amazing season for the Patriots with a tea- record 18 touchdowns. But Gillislee may be an even better fit. Blount was known for breaking tackles while also having some speed in the open field and Gillislee is just that kind of back. He averaged 3.3 yards after contact on average according to Pro Football Focus, which was the third best mark in the NFL. Where Blount was often methodical in finding holes in the offensive line, Gillislee will make one cut and explode into the second level. He may not rush for 18 touchdowns but pairing Gillislee with pass-catching backs like James White and Dion Lewis sets the Patriots up for success in the backfield.

The last question which seems over hyped is about the trust between Brady and new wide receiver Brandin Cooks. Trust is incredibly important for the future Hall-of-Fame quarterback and he often won't throw to receivers who drop balls or run wrong routes (think Aaron Dobson). While it may take time for Cooks to learn the intricacies of the Patriots offense, there are so many weapons that Cooks can be brought along slowly. Having studs like Gronk, Julian Edelman, Chris Hogan and Malcolm Mitchell among others makes Cooks’ job far easier. The Patriots offensive game plan changes weekly so Cooks may not be a focal point of the game plan for some weeks anyway. Expect Cooks to earn Brady’s trust quickly though. Having an athletic talent like Cooks who can take the top off a defense is so valuable that Brady will use training camp to get up to speed with the former Saints receiver.

It’s always constructive to question a sports team before a season but I am as optimistic as anyone with the roster that Bill Belichick built.