Phil Perry: "'17 Pats may be Bill Belichick's best team he's ever had on paper" 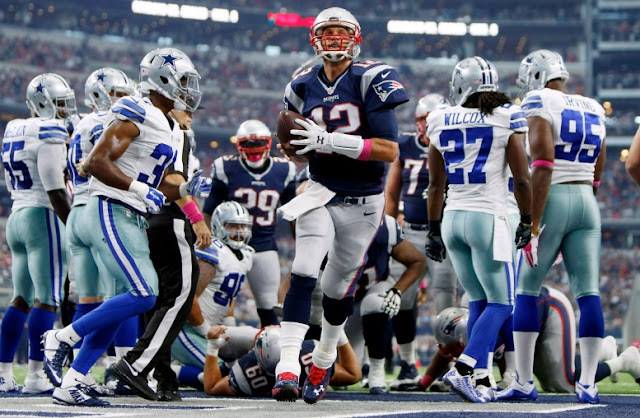 How often do you see a team win a championship and then get better heading into the following season? It doesn't happen often, but that is the position the Patriots are currently in.

They won the Super Bowl without Rob Gronkowski and will be getting him back from an injury that cut his 2016 season short and re-signed Dont'a Hightower.

They'll also be deploying Brandin Cooks, Stephon Gilmore, Dwayne Allen, Kony Ealy, Rex Burkhead and a slew of other new faces that, provided they stay healthy, will undoubtedly make them more of a force in 2017.

With so much talent in all areas, one has to wonder if the 2017 Patriots could be Bill Belichick's best team at least on paper. CSNNE's Phil Perry thinks this is the case.

Perry may very well end up being right. The 2007 team had the best offense I've ever seen. But that team didn't have a tight end like Rob Gronkowski. They didn't have as deep a group of running backs as the 2017 team has and they may have more overall talent at the wide receiver position this year than they did in '07, even though Randy Moss is far and away the best receiver they've ever had.

What's more, the 2017 defense might be a little younger and more athletic than the 2007 defense. Some of the core members of the 2007 defense (Rodney Harrison, Tedy Bruschi, Mike Vrabel, Adalius Thomas) were over 30. Their secondary was also not as good as the 2017 secondary looks to be. Asante Samuel was the only one in his prime at the time.

Malcolm Butler, Gilmore, Devin McCourty and Patrick Chung are all in their prime right now and figure to be one of, if not the best unit in the league this year.

The 2017 Patriots are also pretty young up front with Ealy, Malcom Brown Trey Flowers and the returning Hightower. Alan Branch, Rob Ninkovich and David Harris are the only players over 30.

And while the 2017 team has obviously not stepped on the field in any meaningful games yet, it's an interesting debate to have. It'll be fun to see how things end up playing out, but there's no doubt this will be a really entertaining team to watch much like the 2007 team was.