Jimmy Garoppolo wants to be a starter: the underground quarterback controversy in New England 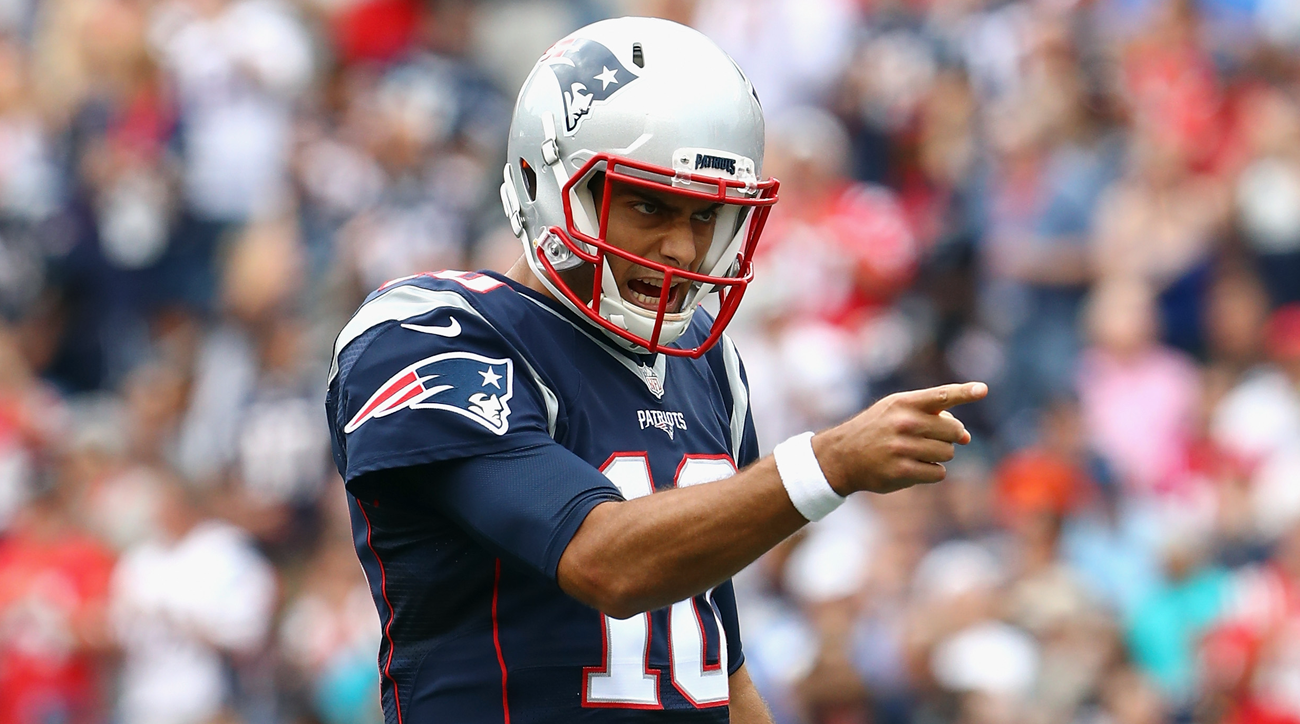 Jimmy Garoppolo was one of the biggest stories of the NFL offseason. He could have changed the future of an NFL team should he have been traded by the New England Patriots. But alas, he is still a backup to the greatest quarterback to ever lace up the cleats. There is not much Garoppolo can complain about though. He has two rings and is able to learn behind Tom Brady and Josh McDaniels, who are two great football minds. So what is this quarterback controversy I am talking about? Well, Brady is about to turn 40 and could easily have his stellar play fall off. Garoppolo is ready for whenever Bill Belichick names him a starter or trades him away. He hopes it is sooner rather than later.

Albert Breer of The Monday Morning Quarterback had an extensive chat with the Patriots’ second-string QB where they discussed his mindset going into his fourth year as a backup. Garoppolo believes in his ability in being a starting quarterback in the NFL. He is the most scrutinized backup in the league because of his amazing play at Arizona in week one last season and his torching of the Miami Dolphins in the first half before injuring his shoulder in week 2.

“I wouldn’t say frustrated is the word,” Garoppolo said when asked about his long backup stint. “Eager to play is probably a better way to put it. I’m not used to being a backup. I want to be a starter, and compete to be a starter. That’s how I look at it.”

There were rumors galore this offseason about the price for Garoppolo (multiple first rounders) and how many teams were interested but Belichick never pulled the trigger. It almost seemed like the coach was uninterested in making any sort of trade even though Garoppolo’s contract is set to expire after this season. Making less than 1 million this season, Garoppolo would be in line to make more than 20 million under the franchise tag in 2019. Its hard to see Belichick paying a backup quarterback that much money plus paying Brady around 15 million. Something has to give now that Garoppolo is staying on the Patriots for the foreseeable future.

Breer writes that “most people, his teammates included, assume this will be his last year as a backup.” Will Brady’s play degrade enough to move on from the 5-time Super Bowl Champion? Or will Garoppolo leave the Patriots for nothing and become a rich man and start elsewhere? It’s hard to say but with Belichick making football decisions nothing is out of the question. The Patriots have had unmatched quarterback consistency ever since Brady became the full time starter in 2001. Keeping Garoppolo when it made the most sense to cash in on his ridiculous value clearly illustrates that Belichick is planning for a post Brady world. I would not be surprised if Brady was let go after this season if there is any sign of aging on his part. Even if it’s the same surgical Brady in the pocket this season, Brady’s days may be numbered in New England. Quarterback is the most important position in sports and all signs point to Belichick believing he has the next great one with Jimmy G. I don’t know how anyone could move on from Brady but everyone needs to keep that possibility in mind throughout this season.

Follow me on twitter @jakescearbo to talk more about the future of the Patriots QB position! Check out my website at jakescearbo.com to see more of my writing!