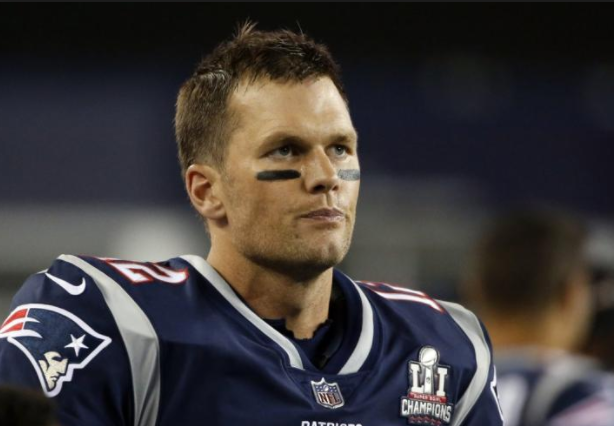 If Peter Pan joined the NFL, it would be as Tom Brady’s replacement. Forty years old and still the Patriots savior with a never-ending supply of miracles to pull the Patriots out any hole they’ve dug themselves into. It’s one hell of an act to follow.

Sunday saw the latest of Brady’s escape acts. Five points down, on their 25-yard line; the Pats were heading to 1 & 2 at the start of the 2017 season. Two minutes one second later, Brady found Brandin Cooks in the Texans end zone and New England were home and hosed with under half-a-minute remaining.

The 36 - 33 victory takes New England to 2 & 1, a more comfortable position than seemed likely. Time ran out on Houston but the question is whether the same can be said for the Patriots. There’s a temptation to think tomorrow never comes; Brady won’t retire. Put him in a wheelchair with a drip attached and in thirty years time, he’ll still dig the Patriots out of that hole.

For the front office and coaching staff, it’s a question they don’t have to address right now. Brady answers it for them on a regular basis, as he promotes his book, “The TB12 Method: How to Achieve a Lifetime of Sustained Peak Performance”.
Brady told ‘CBS This Morning’ that it’s a regular discussion but there are no immediate plans for GOAT to hang up his cleats. “She’ll always say to me, ‘Well, ten years ago, you told me it was only going to be ten years. And now it’s ten years, and now you’re saying another, you know, five years.”

At present, few doubt this is genuinely his plan. Five years is an arbitrary example and no eyebrows whatsoever would be raised if his career pushed through another eight years and one hundred ten days to put his name against another NFL record.

Brady is careful not to commit though. He observed that he would carry on as long as his body lets him. As long as it recovers from the hits, he’ll be there helmet in hand, guiding the Patriots through dark clouds into the light. Not always an angel but certainly a Pats legend.

Therein is an issue the franchise must face, both in the locker room and in the stands. When Brady goes, there is the mother of all holes to fill in the roster and on the pitch. It isn’t easy filling the shoes of a legend.

In soccer recently, a highly-rated youngster Kylian Mbappe turned down a chance to play for Real Madrid, one of the greatest soccer teams ever, because he would be tasked with replacing a legend, Cristiano Ronaldo. It was, he said, too much for him to handle.
Replacing a five-time Super Bowl champion and four-time Super Bowl MVP - at the time of writing - is a similar task. Ronaldo, an offensive player, holds records galore at Real Madrid and is feted to the same extent that Brady enjoys.

Both players in their respective fields are benchmarks which are too high to match immediately. In the same way Madrid will struggle to fill Ronaldo’s shoes, so too the Patriots.
Brady may add more Super Bowl rings to his collection. With betting sites quoting the Patriots at +450 to win in Minneapolis, it’s a reality which can’t be ignored. How does a player fill those shoes?

Heading to the Record Books

The simple answer is that they don’t. It’s a tough concept for fans to take in; we like the simple ‘one in, one out’ approach. It keeps things neat but when it comes to replacing legends, fans can be a player’s worst enemy. Unintentionally most of the time, it must be said.

There will, in years to come, be the words “Brady would have made that pass” as ambition takes over on the turf. Those words will be said in reasonable tones, not yelled in exasperation but they will be there, adding weight to the millstone around the quarterback’s neck.

He’ll feel it; his team-mates will feel it as well. Replacing a legend isn’t something which should be left to one player. When Joe Montana left the 49ers, Steve Young took two seasons to quell his doubters and even then winning San Francisco’s fifth Super Bowl didn’t crush all dissent.

But what the 49ers did well was to rally as a team when Young struggled. Defensively and offensively, they moved into another gear, particularly in 1994, and made sure that everyone knew they won as one and fell as one. That is the essence of how to replace a legend. It’s to make sure the team replaces him, not an individual. Instead of having a star, the roster becomes greater than the sum of its parts.

And if that is Tom Brady’s legacy, the Patriots are well set for the future whenever that comes.