If anyone can overcome the anemic Patriots defense its Tom Brady 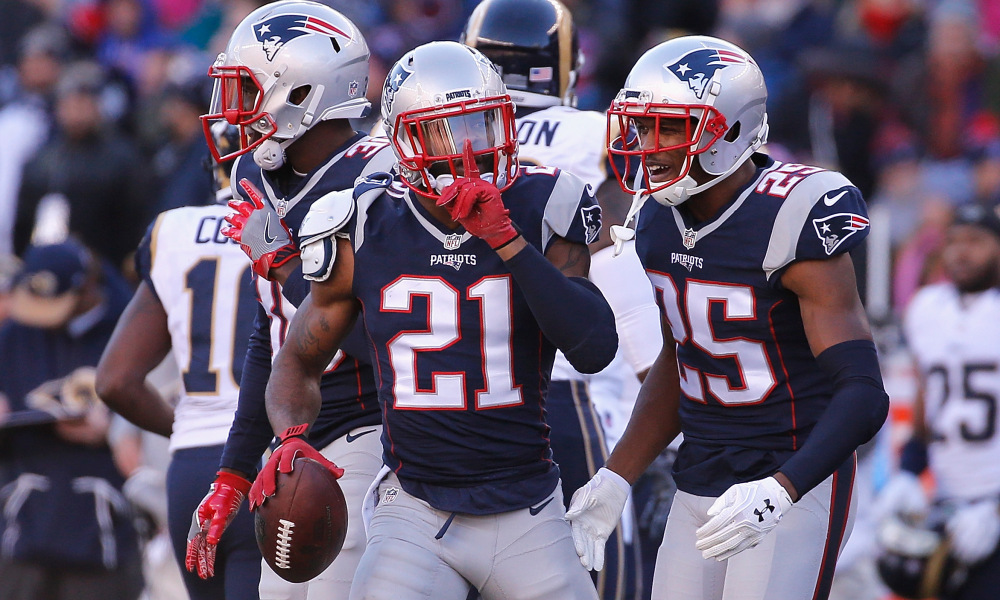 I have been writing awards blogs after the Patriots games for the first three weeks of the season but I couldn’t bring myself to be at all positive about the game against the Panthers. I have a different idea in trying to stay positive before the Thursday night game against the Tampa Bay Bucs. Yes, Brady and the offense were solid again, racking up 30 points but the defense was like a moldy piece of Swiss cheese and couldn’t put up any resistance against a Panthers offense that was garbage the whole season up until that game. Is this Patriots season over because every NFL “expert” massively overrated this defensive unit? Not quite yet when Brady is your quarterback.

It seems as though this defense hasn’t put in enough work as a unit to be successful. Duron Harmon said this scheme is completely simplified so the fact that the secondary was letting receivers run free is not reassuring. The Patriots secondary members were asked endless questions about the communication issues and tried to vocalize their thoughts and some solutions.

All the players in the secondary strongly noted that Stephon Gilmore is not to blame for this loss or the massive struggles; this is a secondary wide issue. But on the topic of Gilmore, that illegal hands to the face call that negated a third down stop was really tough. Jerome Boger’s referee crew has not been kind to the Patriots whenever they are assigned to their games but don’t force the refs to make a call by being overly aggressive.

Please don't tell me this shouldn't be called. It's not hand fighting. It's a shot to the chin. In front of the Carolina bench. pic.twitter.com/XtxHOOWnIJ

That was the least of Gilmore’s problems in this game. On the Fozzy Whitaker touchdown, he was unnecessarily drawn to the completely other side of the field by Christian McCaffrey and left an entire half of the field uncovered. That is unacceptable and wasn’t the only play he was to blame for.

Gilmore is just the scapegoat in this scenario because he is making so much money and had the most visible mental mistake on the hands to the face call but Eric Rowe missed a few tackles and coverages, Malcolm Butler was torched by Devin Funchess all afternoon and Ed Dickson crushed Patrick Chung when they were matched up. These are all highly skilled players that aren’t playing up to their potential and are letting mental mistakes ruin a defense that had so much promise going into the season. The chunk plays they are allowing will not be sustainable. The blown coverages will not be sustainable. The running backs being dangerous pass catchers out of the backfield will not be sustainable. Tom Brady’s MVP level play can be sustained though and can maybe even cover up for the defenses deficiencies.

The 2017 version of the Patriots defense is one of the worst defenses ever according to the stats.

Patriots have allowed 1,827 yards allowed this season. Only six teams have been worse in NFL history in the first four weeks of the season.

There doesn’t seem to be any chance the Patriots could make noise in the playoffs, if they even make it that far. But remember the 2011 season? That defense was despicable as well but didn’t even have any talent and Brady led them to the Super Bowl with his offensive prowess and some dumb luck. The “bend but don’t break” philosophy may be something the 2017 Pats defense subscribes to. Since Brady won’t have an opportunity to avenge his two Super Bowl losses to the Giants this season because they suck, all he has to prove is he can win without a top-flight defense. From what fans have seen so far that’s entirely possible.

The Patriots are sitting at 2-2 right now and realistically should be 1-3 if not for the late game heroics of Brady against the Texans. They also realistically could be 3-1 and were a couple of tough calls from the refs away from giving Brady a chance to win the game in regulation. The offense is so dynamic this year that the defense only needs a few stops or a turnover to put themselves in a position to win.

That is no way to construct a football team but unless some serious changes are made to the defense its all Brady will be left with to win his sixth Super Bowl. The Atlanta Falcons last season were in the bottom half of the league in defensive efficiency so it’s not unheard of for a subpar defense to win a Super Bowl. This is the age of offense and if Brady can keep up his MVP level play and get a few breaks from his Swiss cheese defense this team can still go far in January. Brady would have nothing left to prove should he take his team to the promise land with a defense ranked in the bottom third of the league.

Of course that’s an unrealistic proposition so lets hope to see some improvements against a talented Bucs offense. The secondary will have gotten crushed in the film room this week and will have worked hard to shore up the communication problems. If Mike Evans beats a double team to make a reception that’s acceptable, but more blown coverages are a huge issue. This is the point during the 2014 season where the team had to look themselves in the mirror and demand more production. The defense needs to show some improvements on Thursday night or we may be in for a long season of Brady attempting to score 30 just to stay in the game.

Check out my website at jakescearbo.com to read more Patriots articles by me!