25% Through The Brandin Cooks Audition: Long Way To Go 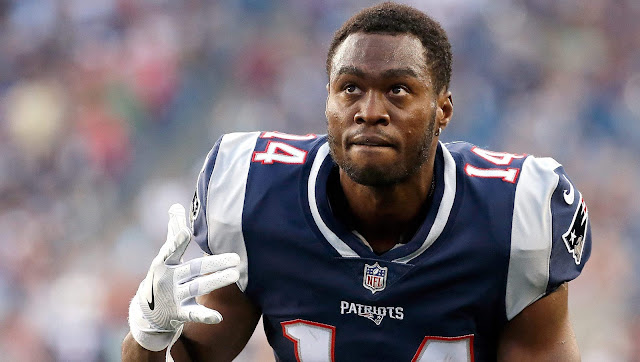 
When the Patriots traded their 2017 First and 2017 Third Round Picks to the New Orleans Saints for Brandin Cooks and a 2017 Fourth Round Pick, it set the stage for a franchise altering decision.  The Patriots gained a thorough-bred, speedy receiver.  The likes of which they have not seen since Randy Moss (At least according to Robert Kraft).  The prospect of having such a talent under contract for at least the next two years is mouthwatering…IF he is the real deal.

My question is simple:  Has Brandin Cooks done enough to warrant a significant extension after this initial two year stretch?  If the answer is yes, the trade was a success.  If the answer is no….things are a little more murky.

The Eyeball Test – I see Cooks as a good receiver…I have seen stretches of greatness, but not consistently enough.  His speed comes as advertised, and he has made the offense better at attacking the medium and deep parts of the field.  He won the Houston game by himself.   Does anyone else think he has too many drops?  I just don’t have the impression of him being SUPER reliable with pass catching.  He has been SUPER reliable at being healthy.  With over 90% of snaps played.  We can count ourselves lucky that he seems to understand the offense (Looking at you Chad Ochocinco, Doug Gabriel and Joey Galloway, etc.)
Overall, I just thought he would be a bigger part of the offense.  He is a good piece for sure, but certainly not the straw that stirs the drink.

The Stats Say:  Cooks had his two best seasons in 2015 and 2016.  Those will be the measurement for his production.

So unless he has a killer second half of the season, Cooks will come in with a performance comparable to his best seasons, albeit perhaps a little below that standard.

For comparison, let’s look at Randy Moss’s best years as a Patriot

This is what I’m talking about.  The numbers show how much more Moss was a part of the offense on a regular basis, and how much more of a red zone target he was.

The Verdict:  I think if Cooks were to continue at this current rate of production, it would be a very close call whether the Patriots would extend him with a considerable financial commitment.  If you pay that much, you expect a true, blue #1 receiver.  I just don’t think Cooks has proven that to this point.