Is this not the weirdest NFL season in recent memory? My column on the second half of the season 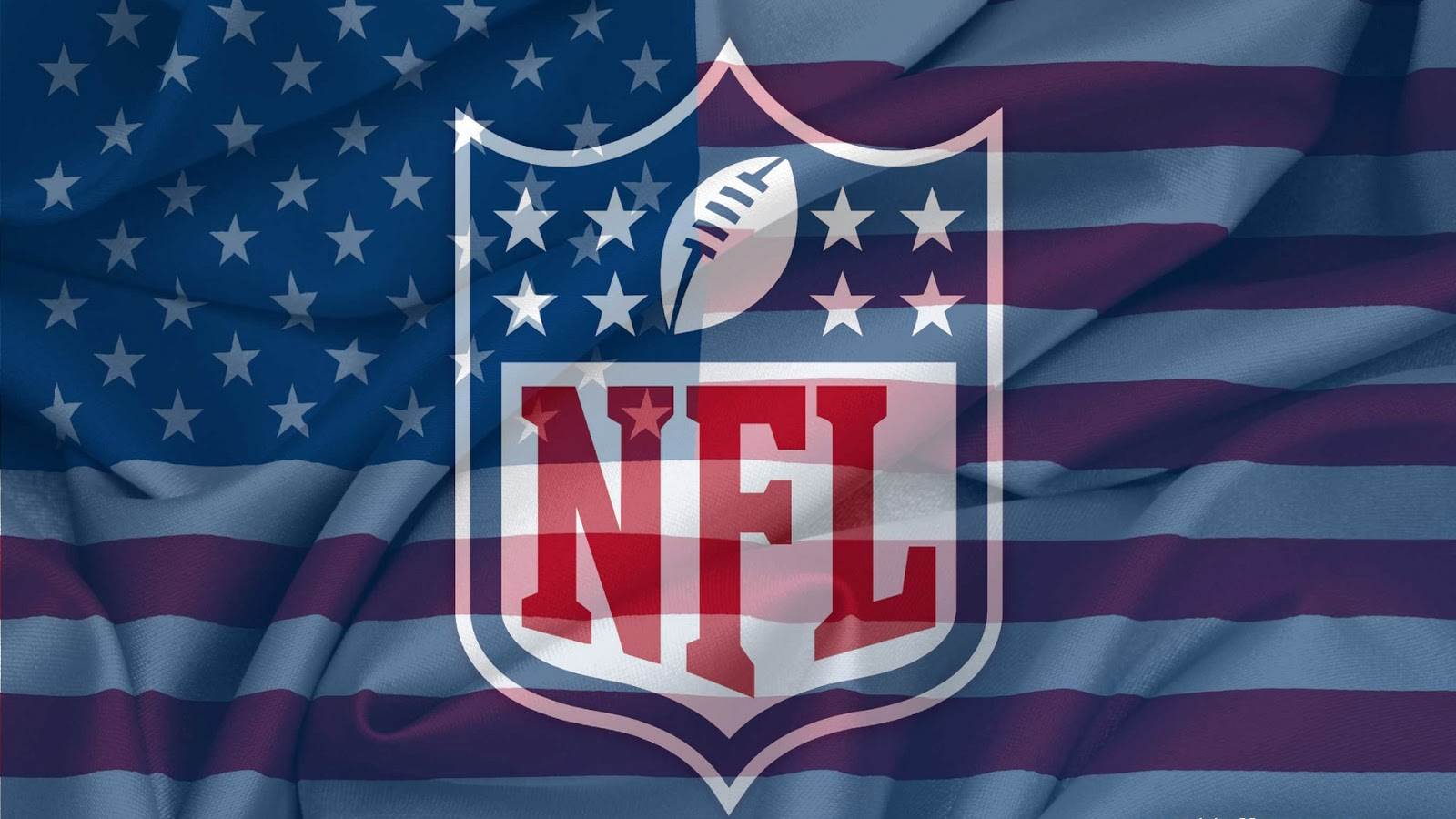 Every NFL team has now played at least 8 games in the 2017 NFL season and I think its fair to say that everyone doesn’t have a clue what the second half of the season is going to bring. There have been a multitude of weird occurrences that have mingled to create this bizarre unknown with the final 8 games on the schedule. From the season ending injuries to star talent all over the league like Julian Edelman, Dont’a Hightower, JJ Watt, Odell Beckham Jr., Deshaun Watson, Aaron Rodgers, Andrew Luck and David Jonson, the list is insanely talented and would be a Super Bowl favorite if you regenerated their maimed limbs.


The National Anthem protest issue has been front and center, hanging like as black cloud over the owners, so thick that they were forced to address the grievances with the players in a sit down meeting. The melding of sports and politics has never been stronger than it is in the NFL today and that rarified statement has far reaching consequences that extend past the football field. Ratings are at their lowest point in years, with many fans refusing to watch because of the blatant disrespect to the flag and country by many black athletes.

No matter your political leanings or how healthy your favorite team is, the show will go on and the parity the NFL has displayed this season leaves uncertainty at every turn. It seems like almost half the league is hovering around .500 with a chance to make a run at a wild car berth. Not even the elite teams seem capable of separating themselves from the pack (yes the Eagles haven’t proved anything yet), and in the playoffs, anything can happen. The essence of football is that any team has a chance to win and the fact that almost half the league seems to have a chance to make a run in January makes these next couple of months so fascinating.

The New England Patriots, who are the premier franchise of improving as the season progresses, will look to turn the intensity up a gear coming off the bye week and playing in Denver, where they often struggle. There are quite a few noteworthy second half storylines for the defending champs, which will dictate the direction their season will take. Of course, its Super Bowl or bust in Patriots Nation.

After losing Edelman and Hightower to season ending injuries, the Patriots have no room for further devastation on the injury front. Those two guys are arguable the most important players on offense and defense (minus Brady of course) and they will be sorely missed. Chris Hogan, Marcus Cannon and Malcolm Brown all didn’t practice on Thursday so its up in the air whether any of those three will suit up for the Sunday night matchup in Denver.

No jersey numbers at Patriots practice today, but didn’t see Chris Hogan, Marcus Cannon or Malcom Brown again. We’ll find out for sure when the injury report comes out later. pic.twitter.com/cEjbfNOaft

The depth of this team is going to be tested on Sunday and for the whole second half. Any further injuries to the offensive line, wide receivers, defensive line or linebackers could spell disaster to this team. Injuries are something teams cannot control but it really sucks when a team’s season is derailed due to injury (Houston and Green Bay for example). Lets pray the injury gods will look down on the Patriots favorably and allow this team to grow as a cohesive unit for the last 8 games.

The status of Cannon will need to be watched regarding this storyline because the Broncos get after the QB and star defensive end Von Miller has been neutralized by Cannon in the past. The overall play of the O-line needs to be monitored after having an up and down first half. Of late, they have been stellar but the inconsistency is troubling. The running game has been efficient lately although they rank in the middle of the pack in rushing yards per game. The line seems to be more comfortable run blocking so sticking to the run will only assist the guys up front, help Brady stay clean and keep the front 7 honest. The play calling of Josh McDaniels needs to be monitored to see how consistently he runs the ball. This unit should be a strength of this ball club and should show their ability in the second half.

3.The cohesiveness of the secondary

Stephon Gilmore has been practicing this week and seems to be on pace to return to action after missing a couple of games. The secondary as a whole played awesome in wins against the Falcons and Chargers, allowing a combined 20 points to those offenses and didn’t allow either Phillip Rivers or Matt Ryan to pass for over 300 yards. That unit kept it simple against the talented skill position groups of the Falcons and Chargers and was effective in stopping the pass. It will be interesting to see how Gilmore is used with Johnson Bademosi playing some pretty solid football. Bademosi was consistently targeted over Malcolm Butler the last two weeks so this unit may stiffen even more with a better cover corner in Gilmore returning to the fold. Eric Rowe has also been practicing in a limited fashion and is inching towards a return as well. It needs to be closely watched how this unit gels and whether the communication is as strong as the last two weeks. The secondary has the talent, ability and now depth to be the driver of success on the defense, should they play up to what Bill Belichick expects of them. With a thin linebacker corps and the defensive line being average at getting to the QB, the secondary will have tons of responsibility going forward.

4.How will David Harris and Kyle Van Noy replace Hightower?

The linebacker unit probably has the least amount of depth on the entire team without Hightower. Hightower is so effective because of his leadership, versatility and toughness. He plays on the edge, has the green dot and makes sure everyone is on the same page, so no one player can replace him. It will be a combination of all the linebackers to replace his versatility. Van Noy played on the edge occasionally against the Chargers and had some success but he wont be able to rush the passer with the explosiveness that Hightower does. Harris can be a strong run stopper on early downs but isn’t going to be able to cover any tight end in the league with his age. It is going to fall on safeties Patrick Chung and Devin McCourty to be able to cover linebackers 1 on 1. It’s not an ideal situation depth wise and talent wise but Belichick loves Van Noy for whatever reason, Elandon Roberts has been blowing up running plays for weeks and Harris is a seasoned veteran. Belichick will get the most out of these guys if it’s the last thing he does on earth.


5.Red Zone offense and the tight end play
The tight ends have been disappointing with the high expectations they came into the season with and the red zone offense has been struggling as a result. Is it a coincidence or is the tight end combo of Rob Gronkowski and Dwayne Allen holding the red zone offense back? The last couple of weeks have had far too many drives stall inside the 20 and 3 points on a possession won’t cut it against great teams in December and January. This may just be a statistical anomaly that will be corrected over the course of the next few weeks, but not having effective tight end play could be hurting them as well. Gronk did not look like himself against the Chargers and has been wildly inconsistent this season. The two weeks off may have provided him the rest he needed but Gronk has another gear that he needs to reach. Allen has been an absolute bust of a trade and has limited the offense in some capacity by not having two pass catching tight ends to utilize. The running backs have picked up the slack but Allen giving not giving the Pats a single catch through 8 games is not what Belichick expected when trading for him. Kicking the tires on Martellus Bennett, whom the Packers released yesterday, might be a worthwhile task. The Patriots needs to determine whether he truly wants to finish out the season and the other 31 teams must follow the waiver process but he has a rapport with Brady and could be a jolt for an already potent offense. Tight ends must step up their game overall in the second half.

The Sunday night showdown against the Broncos is the start of a new season after the bye week. It won’t be an easy game against a struggling Denver squad because the Patriots always struggle on the road at Mile High Stadium. Fans should focus on these 5 keys to the second half of the season in the game against Denver to see what goals Belichick has set for his squad. There is a lot to be excited for in Patriot Nation and the Super Bowl is still in reach in a relatively weak AFC!

Follow me on twitter @jakescearbo to discuss what you think the Pats need to do to secure a top seed in the AFC and win a second consecutive Super Bowl. Did you like what you read? Then go check out my website at jakescearbo.com to read more pieces by me!