Listen, I don’t hate the Colts. I absolutely despised that thumb headed dip shit, Pey Pey Poopy Pants, and for that reason I wanted their demise. Now however, I see no reason to wish horrible things upon them. They’re a god awful franchise that hangs AFC south Championship banners, and constantly manages themselves into the ground after their owner polishes off his 4th pill bottle of the day. There’s no reason to pick on that organization. It would be like driving up to a homeless person and telling them their outfit stinks and they should be ashamed. They’re well aware of the perception they’re giving off.

Pat McAfee (who is the man by the way) took to his podcast LACES OUT recently and dished some info about this mind-boggling play that is not to be missed.

McAfee goes to on to explain that the Colts drew a play for this situation in the hopes that they would either gain a couple extra yards on the Pats, or worst-case scenario, take a delay of game and back up 5 yards and just punt.

“So Griff Whalen is a Stanford guy, who was literally our guy we went to for everything, he was like the onside kick guy, I would kick it to him, he was just our go-to guy. He was Luck’s roommate in college, he’s just a genius, Griff Whalen is like a super-smart guy. So our guy couldn’t go, so the replacement for the gunner was Griff Whalen. Griff Whalen reads the playbook exactly word for word for what that play was, so that play is actually in the playbook, right, it was for that week, the actual play. Griff reads it, studies it, sounds good. So, there was an adjustment made somewhere by some people, I don’t know who said it, that said try to draw them offsides if they line up over the center because we’re trying to take a delay of game, it doesn’t matter.”

“In the book, though, it says ‘if there is a cadence at all, you’re snapping it’, don’t look up, just snap it. So there was a communication error between somebody who talked to Colt Anderson, who was the quarterback, and the playbook, which is the only thing Griff Whalen read. So then, now, under center, he called he has to snap it in the playbook, but in his mind he’s was like ‘I’m just going to try to draw them offsides, don’t snap it’. It was just one gigantic communication clusterf*** that resulted in one of the worst GIFs in history, in the history of football, one of the worst GIFs.”

This quote is perfect for so many reasons. First of all, what a stupid fucking play. Leave it to the Colts to try to over complicate a play attempting to draw the defense offside. You got so out of control with this harebrained scheme that you mentally crippled your own players. Griff Whalen, their apparently most mentally capable player, was forced into an aneurysm by how idiotic this play was.

The best part of this whole thing is how mortified, in real time, McAfee was. Usually when a fuck up of these proportions happens it takes a while to sink in. You need to replay the event a few times in your mind before you think to yourself, “oh yea, that was not good.” Look at McAfee mere seconds after this debacle. 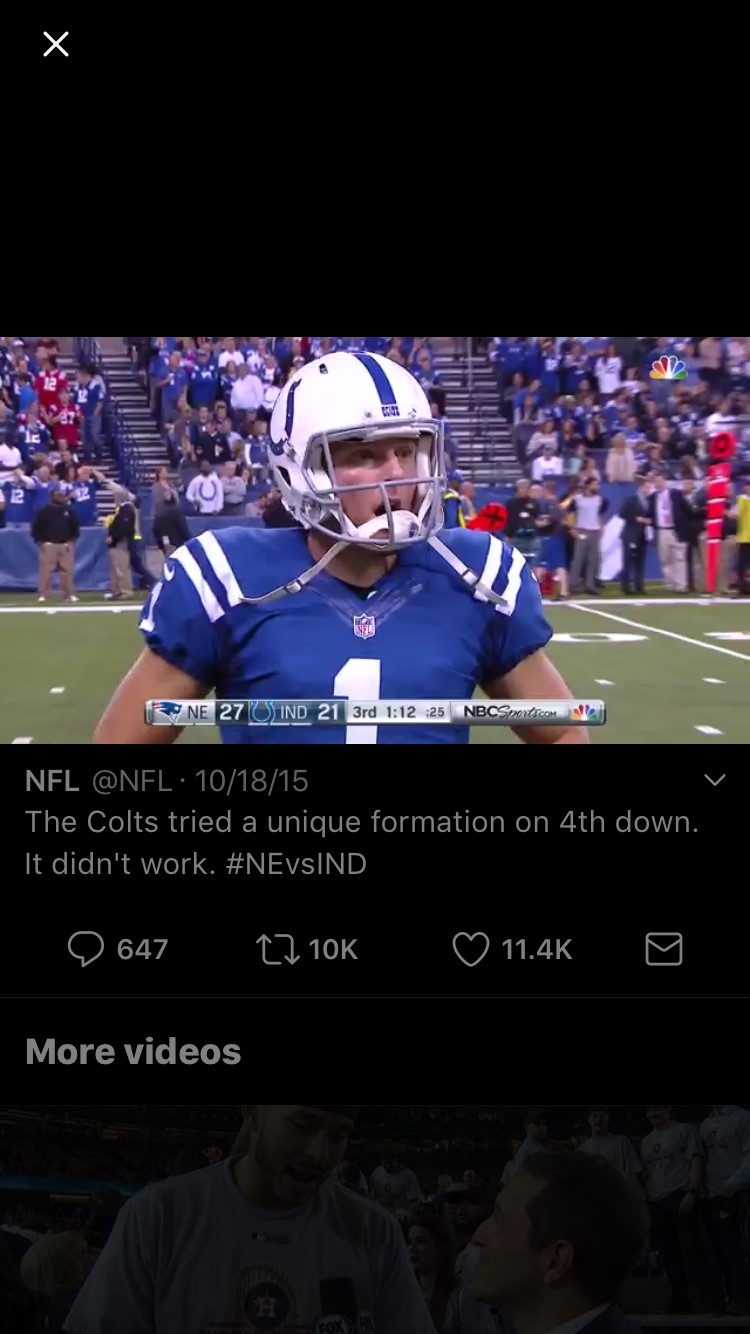 No one in the history of the world has known the severity of an occurrence as immediately as Pat McAfee in this moment. He legit cannot fathom what he just witnessed. You know seconds after this photo he was trying to find the quickest way out of Lucas Oil Stadium. Couldn’t risk being associated with this mess any further. God bless you, Pat.

I can’t imagine being the Colts. Just dealing with a decade of getting pimp slapped so badly by Tom and Bill that you feel the need to resort to shit like this. This is honestly a play that your friend who usually plays Dungeons and Dragons but one day tries to play backyard pigskin with you draws up. “Ok guys I got it. It’s gonna sound CRAZY, but give it a shot.”

You honestly have to feel for Chuck Pagano. There comes a point in life when you’ve been beaten so badly that you start feeling like you have no options left. I just imagine the coaching staff sitting in a room putting up psychoville plays on the wall written out in crayon. 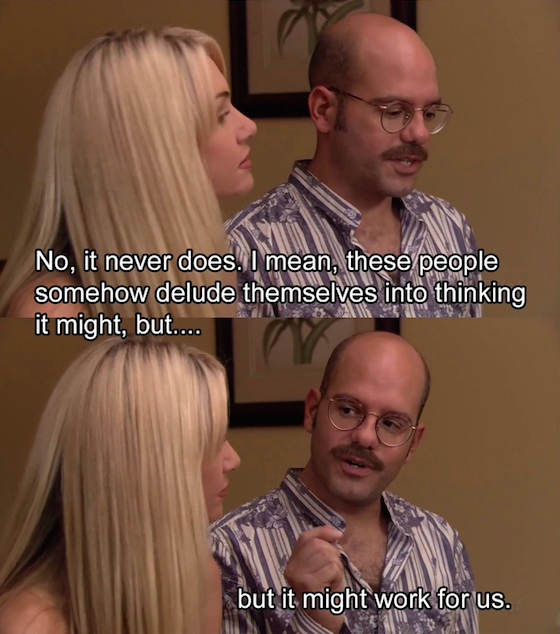 Let’s all raise a glass to Pat McAfee for giving us a reason to relive this absolute gem of attempting to game plan against Bill Belichick. Sometimes it’s hard to find things to smile about during the bye week, but Pat just made it a lot easier.