Reports: Martellus Bennett is dealing with a torn rotator cuff, but present at practice today 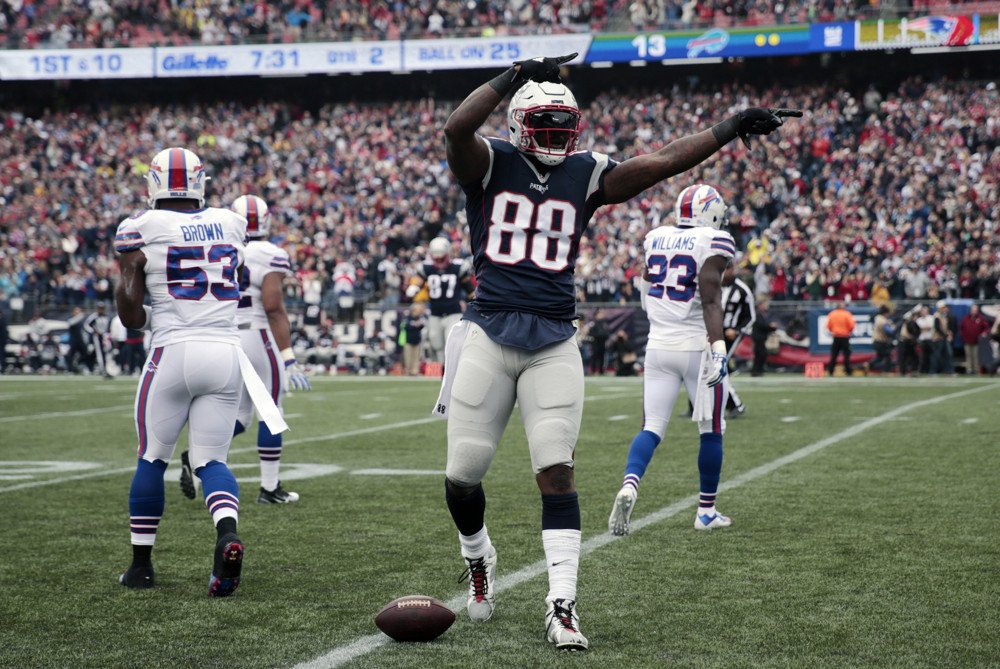 There was more light shed upon the Martellus Bennett, Green Bay Packers saga and why the Packers would ever cut ties with the tight end. Ian Rappoport reported this morning that Bennett is suffering from a torn rotator cuff in his shoulder which prompted the Packers to waive Bennett.

Just reported on @gmfb: The #Packers waived TE Martellus Bennett because of a torn rotator cuff, per sources. He may try to play through it, but if he cannot, the #Patriots could put him on Injured Reserve. No risk for them.

Bennett plans to attempt to play through the injury and showed his toughness last season on the Patriots by playing through numerous lower body ailments without missing a single game.

Patriots practice just got underway within the last hour and now its been reported that Bennett is present at practice wearing his old number 88 from last season. Bennett must've passed his physical to be on the field so that shoulder injury may not have been as serious as initially reported.

Rapoport also tweeted this morning that Bennett didn't practice during his final two weeks as a Packer because of that shoulder injury but showed up day one and was ready to grind on the field with the Pats.

Martellus Bennett, who arrived in NE with a torn rotator cuff, passed his physical and was at practice. He didn’t practice for 2 weeks in GB https://t.co/XMtj3Z3J2R

Packers head coach Mike McCarthy told the media this morning that the last conversation he has with his former tight end was regarding shoulder surgery. The fact that Bennett is on the practice field leads me to believe something fishy is going on.

"The last medical conversation I was involved with in regards to Marty, they were talking about scheduling surgery." McCarthy this morning. https://t.co/qvk4mDhwAE

Did Bennett lie about the severity of the shoulder injury to get him out of the black hole of a season Green Bay is experiencing without Aaron Rodgers? It seems unlikely but who knows the lengths Bennett would go, knowing the Patriots would be the most obvious waiver destination with news circulating about a potential shoulder issue. The Patriots kicked the tires on Bennett, he passed his physical and now he is back in the system that he loved, with the team that did the impossible in Super Bowl 51.

If he has anything left in the tank, he will be a great blocker on the edge and will be a huge target on play action and most importantly in the red zone.

This story needs to be followed closely as more details about Bennett's time in Green Bay are released to the public and what the true status of his shoulder is going forward. This should remind fans a lot of the mid-season acquisition of LeGarrette Blount after he overstayed his welcome in Pittsburgh. Blount went on to score a touchdown in that first game back with the Patriots so look for Bennett to make his presence felt in Denver, should he be healthy enough to suit up.

Check out my website at jakescearbo.com if you liked what you read!