What a day it is folks! I was so ready to start this blog with my undeniable number 1 need to be that the Pats claim the good ole’ Martysaurus off waivers. Thank god for Lord Belichick because he answered my prayers before I could even say them! Signing Martellus is absolutely massive. It’s got the blood flowing into places that haven’t shown any signs of life in weeks. It solves so many problems I don’t even know where to start. But that’s not what this blog is about. This is a place for this greedy son of a bitch to divulge his desires. Let’s go baby!

NUMBER 1. I need Marty to play on Sunday. I’m sorry. I need it though. Adding Marty to the offense could really get the points to stack up. The two tight end set has been the McOffense’s bread and butter since the days when a serial killing homosexual was digging graves in the end zone. Getting another elite pass catching tight end to fix the red area issues will get that score board to start lighting up like a god damn Christmas tree. It’s been abundantly clear from week 1 how desperately we’ve missed Martellus. Gronk has been a beast, and god bless his little childlike soul for staying healthy. But Tom needs another weapon. And I’ve got news for you, Dwayne Allen aint it.

Through 9 weeks, that fat sack of shit has 6 targets for zero catches. ZEROOOOOOOO. Dwayne Allen is quite literally worthless. If I wanted a brain-dead, talent-less hack who can’t figure out the playbook and sits there like a rock blocking pass rushers, I sure as shit could get one for less than 7 mil per year. I’m going to need a new pair of pants the first time I see number 88 back on the field for the Pats, and I’m waking up every morning PRAYING that’s this Sunday night.

NUMBER 2. I need the Brocketship to explode during launch. I am so god damn sick and tired of the trend that is the New England Patriots turning dog shit quarterbacks into Gold Jacket wearing studs. It never ceases to amaze me how often the Pats let absolute bums run wild against them. Let’s take a quick look at some of the past performances from some sub-par football players.

Enough is enough. Too often we let noodle armed doofuses sling the ball for over 300 yards, high completion percentages, and low interception rates. I’m sick of it. The thing that really gets my goat (Tom) is that Brocktoberfest fucking beat us last time he faced off with Tom as a Bronco. So how about instead of letting this one be a close game because we’re treating Brock Paper Scissors like a Make-a-Wish kid, we actually beat him into submission, pick him off a couple times, and rub his face in the dirt for good measure.

NUMBER 3. For the love of all things holy, I really need us to reactivate Malcolm “Money” Mitchell. I will quite literally never forgive Shea McClellan for what he’s done to us. Shea showed up to practice because he thought he was ready to go, and in doing so he automatically used one of the Patriots’ two available IR reactivations. Apparently Shea didn’t realize that his body was still broken, and is now out for the season. When the Pats were once in a situation to bring 2 of 3 back between McClellan, Vincent Valentine, and Money Mitch, they are now tasked with the dick punching that is picking one of the latter two.

As much as I would love to see VV plugging up the middle, it absolutely HAS to be Mitchell. We need him, and it’s undeniable. Money solidified himself in the Brady trust tree last season and never looked back. He was a monster contributor in the latter half of the season and all through playoffs. A huge factor of needing him back is the red area. Getting Bennett back definitely eases my red area hemorrhoids a little bit, but Mitchell still needs to be added to the equation. With Jules out, Brola always being a question mark, and Hogan being treated like a Rock Em Sock Em Robot on a weekly basis, Mitchell’s abilities are quite needed. Not to mention the fact that Philip Dorsett is as good at catch things as George Michael Bluth.

Things are looking up however. Martellus is back home, and if we can just activate MM and add him to the pot all of a sudden we got something nice brewin! 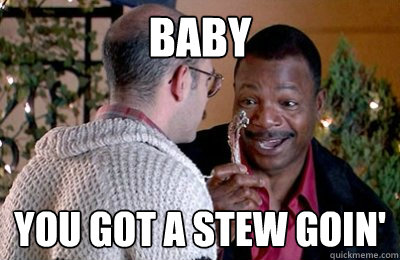