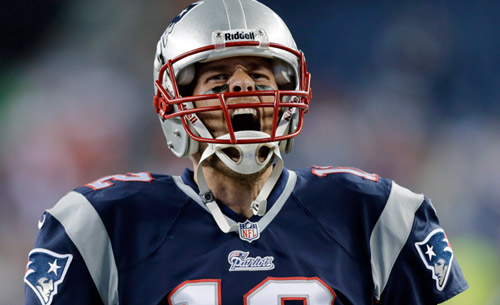 The Patriots are in a groove and I love it.  Week 12 with the visiting Miami Dolphins had all the makings of an AFC East dog fight.  I can honestly say I was ready for a long day after Tom and the offense went three and out with the first drive.  That fake punt got me jacked up and the game was pretty much over after we punched it in.  It’s honestly unreal that we can gift a team a tuddy (Thanks Ted Karras, I won’t take David Andrews for granted anymore), and still win handily.  2-0 in the AFC East with a reasonable lead in the division already.  Feels good man…Feels real good.

Only one more piece left to the AFC East puzzle in my opinion.  A road game against the pesky Buffalo Bills is the first of three road games in a row.  Then the Pats are home for the final two and can hopefully rest some key guys.

Anyway, I gotta give Buffalo credit where credit is due.  They have hung around this year way longer than I thought they would.  I woke up in week 7 and noticed they were 5-2 and looking pretty good.  They shot themselves in the foot with that Nathan Peterman disaster, but are still challenging for a playoff spot.  Tyrod Taylor continues to overachieve, and the Bills management knows it.  Doesn’t it seem like they want anyone but him at QB??  I think they are in for a tough situation come season’s end.  They either have to give him a boatload of money (They really don’t want to do this) or they have to let him walk to a place like Jacksonville and watch him make the playoffs with them.  (Good defense, good running game.  All he would have to do it limit mistakes)  I think the Bills could do worse, but Taylor is unlikely to bring them to the next step.  Tough spot to be in.  Other than Taylor, the only guy I look at with any fear is Shady McCoy.  Let’s stop the run and make Taylor throw it from the pocket…that’s how to win this.

Only a few familiar faces on the defense.  Jerry Hughes and Kyle Williams are the only ones left from an underachieving D-Line.  (who thought giving Mario Williams and Marcel Dare $100 million contracts would backfire?? lol)  I guess Buffalo has some good young talent in the secondary, so I will be excited to watch out for that.  Otherwise, I don’t really know what to expect.
If Billy B and the Boys (I think I just found a new name for my band) can take care of business they will hold at least one game against each AFC East foe.  Without the benefit of the head-to-head tiebreaker, I don’t think any of the other teams can catch us.

That being said, here we go:

Prediction:  No sacks for Pats D – We are super understaffed at Defensive End, and I think the priority is keeping Taylor in the pocket.  He is elusive and will be willing to throw the ball away, so while the defense is effective, I don’t think they get a sack.

Prediction:  Pats defense keeps red zone efficiency below 50% - Bend but don’t break baby.  The defense has gotten to the point where they give up yards, but make it tough to score tuddies.  I think for every red zone visit the Bills get at most one tuddy.  Hard to win when you kick field goals.

Prediction:  Gostowski 100% - I’m saying he is back and he is going to hit all his attempts.

Prediction:  35-17 – Yea I know I’m a homer and have picked the Patriots every week, but this just feels right.