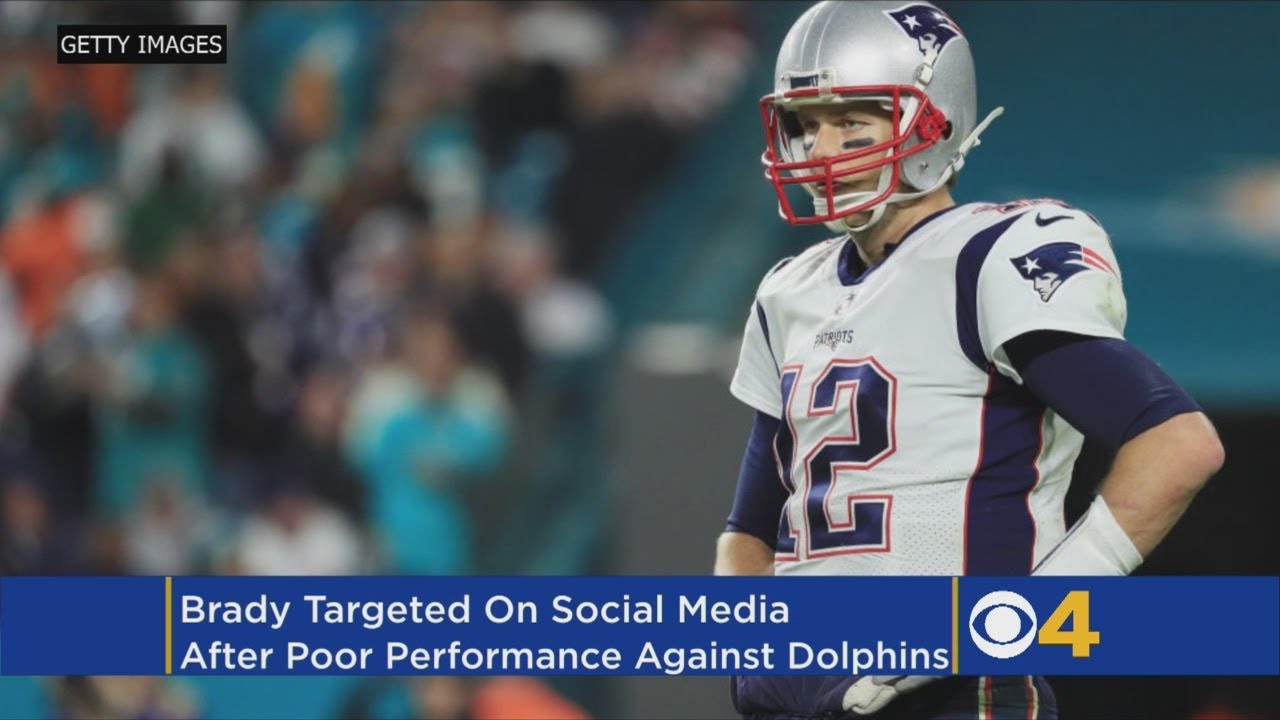 NFL teams have combined for a total of 209 losses through week 14 with none of them being more heavily scrutinized than the New England Patriots stinker against the Miami Dolphins last week. The hot take artists in the national media were on full display this week as they tried to narrow in on how the Patriots could possible lose a divisional game on the road. I mean its crazy and no other team has ever lost a divisional game on the road right?!

Patriots fans given a glimpse of the bone-black future: A time when self-absorbed Massholes — vicariously seeing themselves as mini Belichicks in workplace and life — awaken to an earth reality where New England gets throttled weekly and you must survive.

Patriots fans aren’t comfortable losing games in December. Let’s ponder how that might feel for the most dangerously self-entitled, self-obsessed fan base on the orb. How will they endure? Will they hang?

Some imbeciles try to attack the Patriots fan base, as they are weathering the abuse from media all around the country. The only thing Patriots fans have done is to be stubbornly loyal to their team. These kind of tweets are what elicit an obnoxious response from fans because they feel slighted by these hot take artists. The reputation of Patriots fans being insufferable is only true because of how the national media treats them. We feel the need to defend the wall at all costs.

Imagine any other team losing a divisional game on the road in December minus their two best offensive players (Edelman and Gronkowski), their best linebacker (Van Noy), their best pass rusher (Flowers), their starting and backup right tackles (Cannon and Waddle), losing their starting defensive tackle early on in the game (Branch) and having their hall of fame QB banged up. Then to only lose the game by seven points in a pathetic showing. Other fan bases would be praising their team for showing toughness in the face of adversity. All the Patriots received from the media was that the Dolphins exposed them. It is an insane double standard that the media drops bombs about the Patriots whenever they don't play their best. Plenty of teams put up awful performances for more than half of their games but when the Pats have one dud everyone assumes they are cooked. Let us not forget when Ron Borges wrote that Brady was done after a 2001 loss to the Dolphins. Some things never change.

Remember: Brady was done after his first ever start in Miami back in 2001. At least, according to @RonBorges he was... pic.twitter.com/2degdi3cpD

The loss wasn't ideal and the Patriots didn't have their best energy from the start. The coaches didn't seem to prepare the offense for the Dolphins defensive scheme of press man on the outside with a singe high safety and multiple blitz looks. The defense didn't have the personnel to contain Jay Cutler or Kenyon Drake, which is tough to say but those became mismatches with the front seven the patriots trotted out. Both the coaches and the players needed to look themselves in the mirror after that stinker and realize they need to bring more energy, put in more hours of film study and be accountable no matter the opponent or which players are injured. This loss could be a blessing in disguise in the long run and refocus the squad for the stretch run.

The hot take artists weren't just attacking the team as a whole but more tragically Tom Brady. Everyone knows how this narrative goes, like the story from Borges referenced in the tweet earlier or the "on to Cincinnati" game. Brady has always found a way to bounce back and play his best football after brutal losses. This Steelers game is the perfect occasion to prove dorks Rob Parker, Shanon Sharpe and Nick Wright wrong.

"Tom Brady is the 2nd greatest QB of all time behind Joe Montana." — @ShannonSharpe pic.twitter.com/zsIxgiD2Im

"Last night was as poorly as we've seen him play in a decade."@getnickwright explains why it may be the beginning of the end for Tom Brady pic.twitter.com/aT2M5zO9yl

Any other quarterback who has one poor performance is forgiven rather quickly. Brady is crucified because he is the GOAT and thus people treat him with an insanely high standard. Making hot takes that Brady is done after one performance is terrible TV and simply clickbait. Even the GOAT can have off games. These guys have made a career being the media members who go out on a limb and make irrational takes that rarely come true. Brady has the unique chance to yet again prove the haters wrong. There is no player in NFL history who is better at using the bulletin board material and delivering truly legendary performances. It doesn't seem prudent to bet against Brady who has been proving people wrong his whole life. Roll Pats.