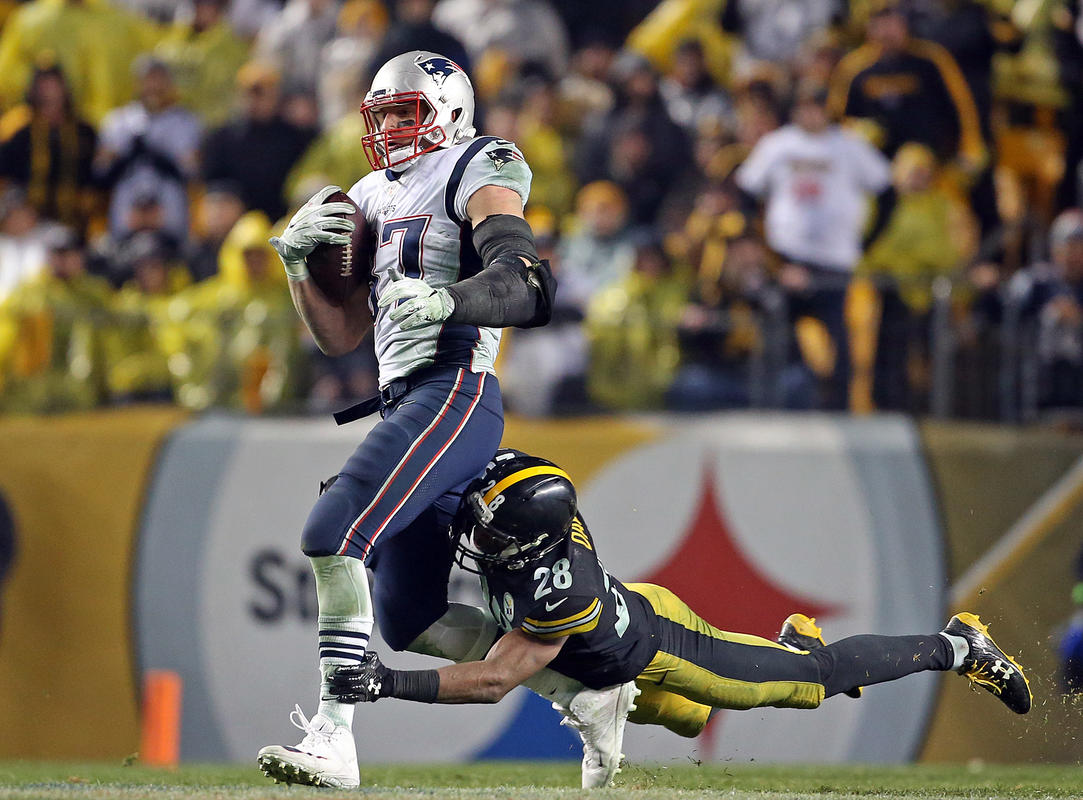 That moment when an athlete is in the zone and becomes an unstoppable force is such an enjoyable sight. Patriots tight end Rob Gronkowski was squarely in that zone all night versus the Pittsburgh Steelers on his way to a career afternoon.

Allen wasn't the only player impressed with Gronkowski's performance and he surely won't be the last. Gronkowski seems to have finally reached peak physical condition and that is scary for the rest of the league.

Gronk finished with nine catches for a career high 168 yards, with a critical 69 yards coming on three catches during the final drive which pushed the Patriots ahead for good. The two point conversion following Dion Lewis' touchdown epitomized the game for Gronk. He was in single coverage on the outside, covered by safety Sean Davis, burned him on the snap and high pointed the ball to put the Patriots up 27-24. He was a beast and could not be covered by a single man. The Steelers were once again stubborn and blew the game through their defensive strategy against Gronk.

Troy Brown was a receiver who knew how to get open better than most guys in the league. Brown was absolutely baffled by how the Steelers decided to play the most dominant non-quarterback weapon in the NFL. Starting in strictly man coverage is one issue, but Brown noted that they didn't make the necessary adjustments when the original game plan wasn't working against Gronk.

The Steelers finally moved away from the soft zone coverages that Tom Brady has destroyed for the last decade so give the defensive coaches some props there. Brady had to work for every inch, and most of the Patriots receivers were not effective for large stretches of the game. Gronk is a different animal all together and thus the Steelers are the same old Steelers. Gronk may just be an animal. Or an alien. Who knows but what he did against Davis was absolutely embarrassing for the safety.

Gronk gave future teams the blueprint on how not to cover him. Man coverage will not be nearly enough. The Patriots are now in the driver seat for the number one seed in the AFC playoffs and Gronk was the sole reason they won that thriller. Gronk seems to have gotten his swagger back and that's terrifying for the rest of the AFC. The predictable Steelers were out-coached yet again and showed the league the best way to get gashed by Gronk. The only problem is, how do you actually stop him?