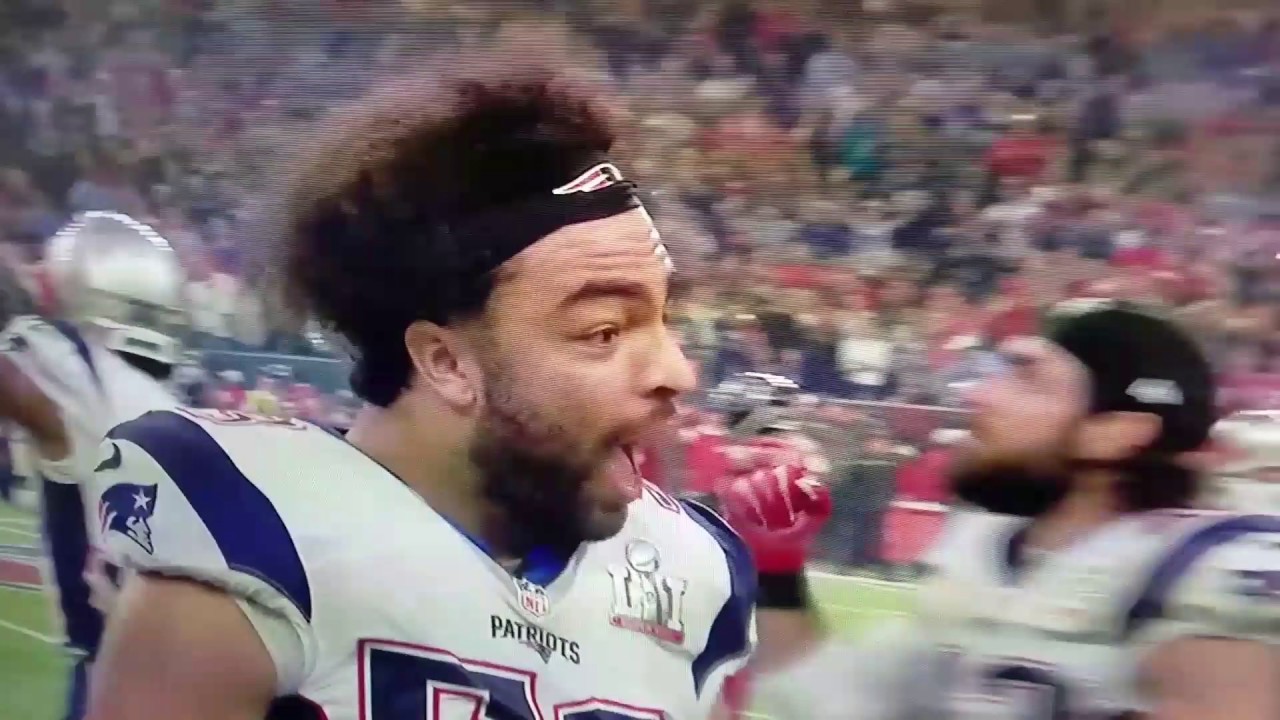 At the beginning of every season I try to identify the doomsday players on the Patriots. These are the guys in my mind that’re load bearing columns for the team. If one of these players goes down with an injury, the entire team crumbles.

Most of the time I’m being too dramatic (Who me??? Never!). I’ve in the past put Jules, Gronk, Malcolm, and Dev on the doomsday list. Those are obviously huge players for us, but we’ve shown in the past that we can figure out a way to survive without them. The two guys who I do legitimately believe are actual live or die players are Thomas Edward Patrick Brady, and Don’t’a Hightower.

I’ve long said that High is one of the most underrated linebackers in all of football. His intelligence on the field and ability to adapt to play calling is unmatched. Let’s not forget that he single-handedly stopped Marshawn Lynch from winning the Super Bowl in 2015 by bench pressing Russell Okung out of his way while having a torn pectoral. High runs our defense, no other way around it. So needless to say, when he went down for the season, amidst a shaky year on the defensive side of the ball, I thought we were finished. I didn’t say anything out of loyalty to you readers, but my god I thought we were screwed.

Around week 12 I started thinking to myself, how in the world is our defense holding together? We all know David Harris wasn’t stepping up to the challenge. So I took a closer look, and it was none other than the young man from BYU, Kyle Van Noy, who was carrying the load. I couldn’t believe my eyes the more I started to pay closer attention to #53. Since then I’ve been blown away with this guy. The other week I declared to my boys, Flip and Trygg, that he was on a path towards a Red Jacket if he keeps this up, and those guys laughed me out of the building. While I concede to them that that may have been a tad overzealous, I decided to do a bit of comparative research.

Now I’m not saying that Van Noy is on Hightower’s level (yet), but those numbers were downright SHOCKING to me. That is undeniable proof that KVN has more than picked up the slack and has become a massive piece of this Super Bowl contending puzzle. There are a few things that jump out when it comes to his value. First and foremost, his versatility. He plays spill technique football with the best of them, and gets sideline to sideline brilliantly. He’s honed his game all season showing that he can drop into coverage effectively, rush the edge and get sacks, as well as sit behind the front four and plug up run holes. In week 13 vs. the Raiders when the game was getting frustrating, he lead a monster charge to get a NINETEEN YARD sack that changed the tides. The biggest sign of his value was week 15 vs Pitt. Van Noy was out that game, and his absence against both the run and short yardage passing plays was quite evident.

#53 has kept his solid and reliable play rolling right into the playoffs. Against the Titans he picked up a game clenching stop on a 4th down play that cut out all life from Tennessee. Believe it or not, this dude is making plays all over the field, and many of them are in big moments. Don’t start getting the tape measure out just yet to check his collar size, and let’s not put any ideas in Bill’s head about replacing Hightower, but Kyle Van Noy has earned our respect. I doubt anyone here can say they would’ve believed me in September if I said we would be watching a Patriots team competing for a Super Bowl with a line backing core captained by Kyle Van Noy with Elandon Roberts and a 39-year-old James Harrison on his wings. The god damn Patriot way.