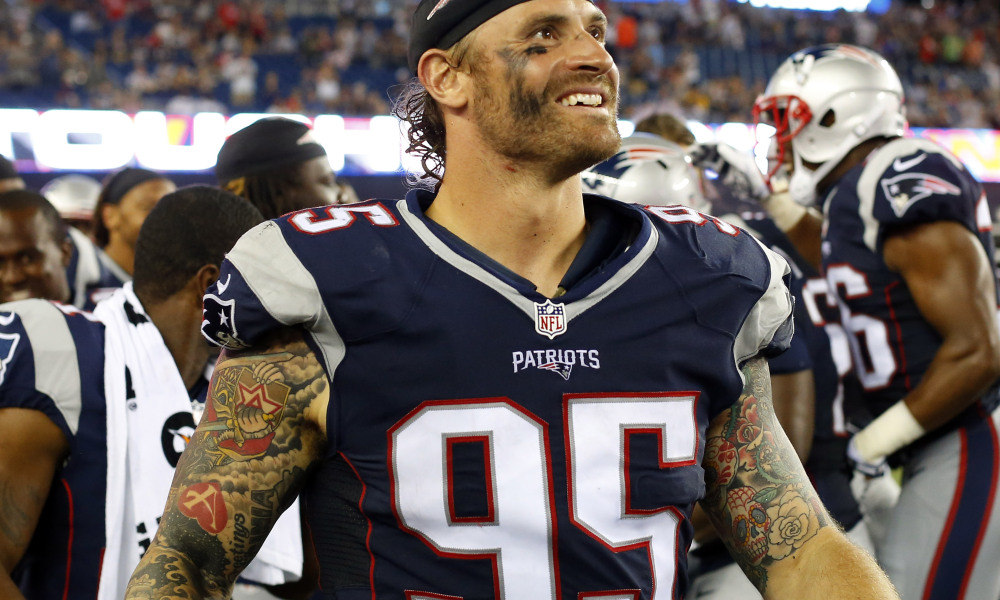 The Patriots are always looking for ways to create quality depth and locker room leadership, and signing veteran free agents has been an obvious way to fill both needs.  This team has long been a last stop on the NFL carousel for older players looking to get a ring before they retire (Anybody remember Larry Centers??...Anybody?)

One of my recent favorites to fulfill this tradition is no other than Chris Long.  He is the archetype.  Former first round pick, tired of losing his whole career.  He signs a discount contract to win.  He doesn’t complain, he puts in the work, and everybody is happy.  Especially after winning a Super Bowl, what is there to complain about??

I expected Long to retire after he won it all, but in the hazy aftermath of the Super Bowl, he decided to sign with the Eagles instead.  At first I didn’t think it was a big deal.  We drafted Derrick Rivers and Deatrich Wise Jr. to fill the pipeline.  The Eagles were so far out of contention at that point that I figured it didn’t matter, but he did leave me this nice note:

In 2016, even though Long filled in very well for injuries at the beginning of the season, his playing time slipped dramatically over the course of the year. I think he only played 15 snaps in the Super Bowl, so I didn’t want to fault him at the time for leaving as a result

….UNTIL I SAW HIS STATS WITH THE EAGLES THIS YEAR!

Bro, why did you leave?  For less playing time and similar stats on a worse team??  (Now I have to worry about him ruining my Super Bowl Sunday.)

Chris Long – You are still my bro.  I will never forget that Super Bowl season.  That being said, you are not invited to my birthday…..There I said it.