Report: Gronk will return to Patriots in 2018 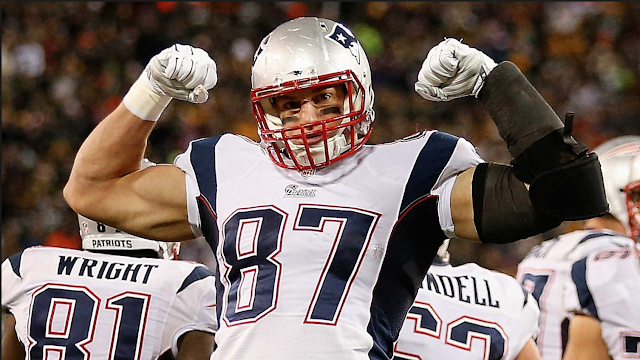 The Rob Gronkowski retirement rumors can almost assuredly be put to rest.

Ian Rapoport from the NFL Network is reporting Gronk will return to the Patriots for the 2018-19 season, which closes the book on one of the biggest question marks surrounding the team.


The expectation is that #Patriots TE Rob Gronkowski will return for 2018 after pondering his future, I’m told. He may never make a grand announcement, but the belief is entertainment opportunities (acting WWE) will wait. pic.twitter.com/WwbLZS4zfy
— Ian Rapoport (@RapSheet) February 28, 2018

This news comes on the heels of two cryptic tweets in the last few days from the Pats' All-Pro tight end which did absolutely nothing to quell the rumors about him going to the WWE or becoming a Hollywood actor, both of which are still in play once he officially retires from football.

Additionally, it was recently reported that Gronk was getting sick of the atmosphere surrounding the Pats because they wouldn't let him train the way he wanted to. Because of this, he had considered retirement during training camp last year.

“He didn’t enjoy himself in 2017,” Curran said on Boston Sports Tonight. “He did not have a good time, despite the fact that his body was in a better situation than it’s been in a long time — ever, maybe — and despite the fact that he was one of the most dominant players at any skill position. It’s starting to wear on him — physically, mentally, the atmosphere here in New England.”


“This started in training camp. He seriously considered stepping away from the game in training camp. He had kind of had it,” Curran said. “At that point, his body wasn’t responding. He wanted to train a certain way; the team didn’t necessarily want him to train the way he wanted to train. They were at loggerheads. He was pissed. And the season played out, and by the end of it, I don’t think that some of the principle players on this team were really happy with the atmosphere and the climate.”


The guess here is Gronk and the Patriots have talked and aired out any differences the two sides may have had. I couldn't see Gronk wanting to come back if he still truly felt this way. He will deny this to the media and the Patriots will speak nothing of it, but with all the supposed drama surrounding the team at the moment, you can bet they talked.