The inaugural Boston Patriots season of 1960 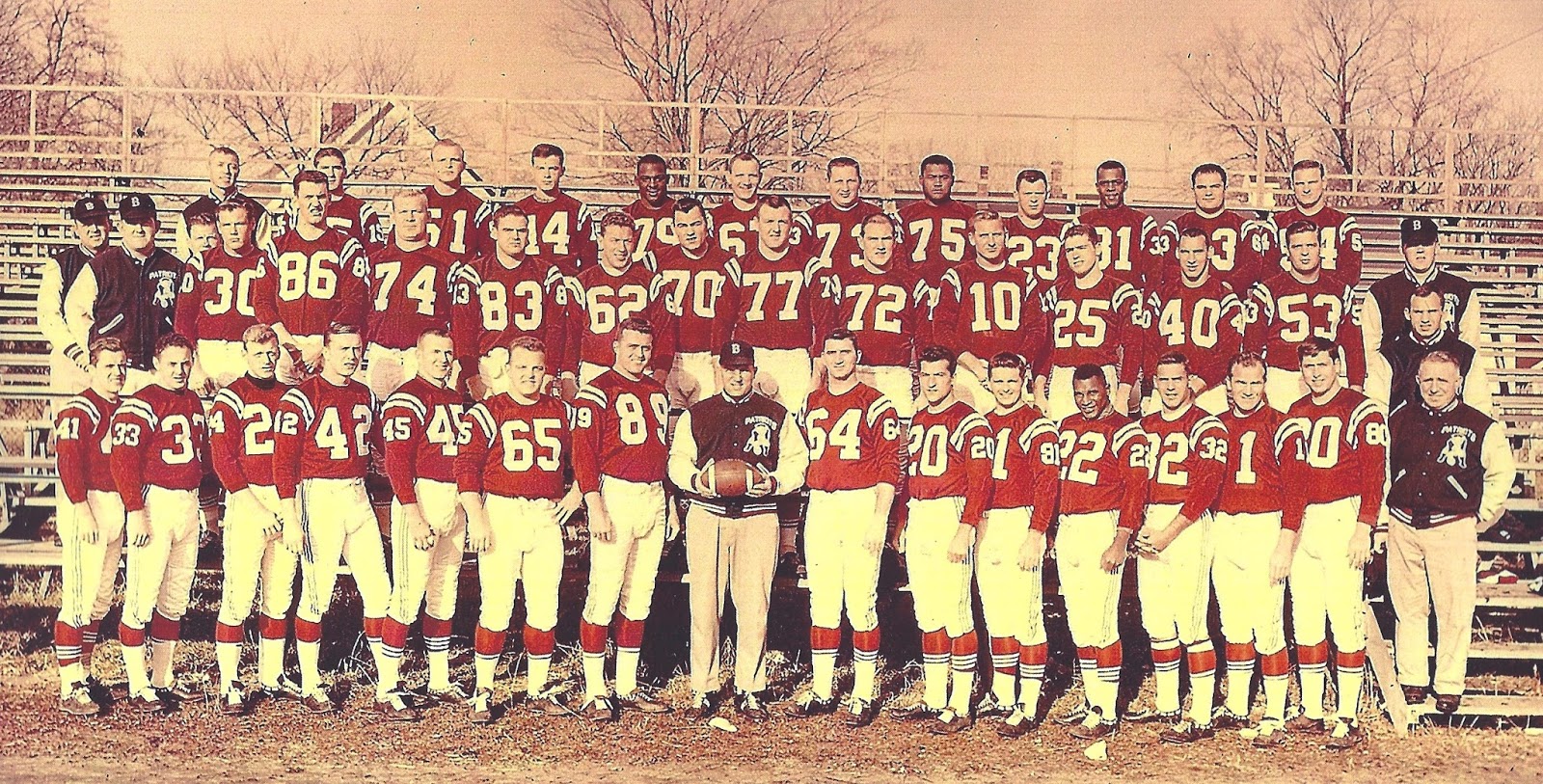 The first year squad got its start practicing in Concord, MA at Emerson Playground. This was directly across the street from the National Guard Armory which housed the makeshift locker room downstairs. There was no weight room nor training facilities for medical personnel. The dining area was on the main floor that was normally used for indoor marching drills for the United States Army Reserve units. This was a military barracks which was open to the public.

The practice fields were setup using orange cones that were obtained from the local highway department. The cones were placed to signify down markers which had been measured by the human eye, not by a measuring tape. The only playing surface that was adequate was not used, because the high school team would be holding tryouts in early August.

With access to the locker room, one of the high school players had taken 10 jerseys from the laundry basket that was outside the locker room. He had stashed these uniforms in the bushes behind the Armory, which was in direct sight of the Louisa May Alcott Elementary School. The police were alerted, and were on the scene in five minutes. Realizing that he was to be caught, Ronny Baker came forward with the uniforms. The Patriots did not want to press charges, because they didn’t have time to go to court or anybody to send, either. They just needed the uniforms.

The inaugural draft for the AFL was held in Minnesota in 1959. Since Boston had the first initial in the alphabet in its team name, they selected first overall. The Patriots chose RB Gerhard Schwedes from Syracuse University. He was captain of the team that played the University of Texas in the 1960 Cotton Bowl. His coach was the legendary, Ben Schwartzwalder. Of all the great running backs from Syracuse University (Jim Brown, Ernie Davis, Floyd Little, Larry Csonka), the Boston Patriots selected Gerhard Schwedes. He did not make the team.

The 1960 Boston Patriots lost the opener to the Denver Broncos 13-10. This is on the way to a 5 win, 8 loss, and 1 tie, season. If you went to betting sites and predicted an improved team the next season, the 1961 squad improved greatly finishing with a record of nine wins, 4 losses and a tie. This season was highlighted by the October 29th victory over the Dallas Texans 28-21, when a drunken fan ran into the end zone interfering with the Dallas receiver. The fourth down pass was ruled incomplete. 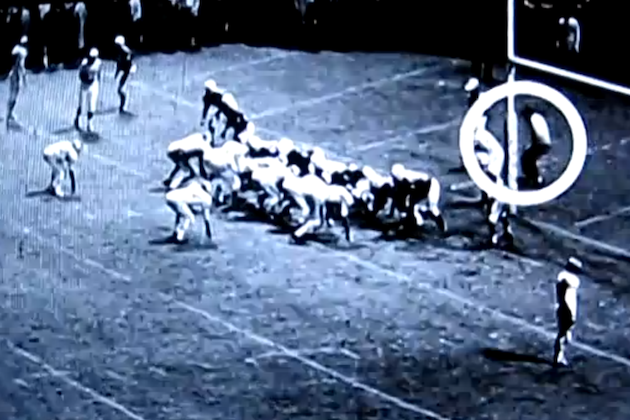 On November 11, 1962, the Patriots traveled to Denver to take on the Broncos at Mile High Stadium. Taking over for starting QB Babe Parilli in the fourth quarter nursing a slim lead, Tom Yewcic led the Patriots into Denver territory. Facing a third and 6, Tom knelt down in the huddle during a timeout. With so much bickering going on, with one player wanting play number 8, and another play number 6, “I just added them up “said Yewcic. I diagrammed the play in the dirt telling WR Jim Colclough to get open, and everybody else just block. This was play number 13. The completion led to a Gino Cappelletti 39 yard field goal, and a 33-29 win.

The Miami Dolphins took a page out of the 1962 Boston Patriots playbook. The terminology may have different, but the results were the same. The Dolphins executed a successful "87 Circle Curl Lateral" play at the end of the first half of their AFC playoff game against the San Diego Chargers on January 2, 1982. Wide receiver Duriel Harris caught a 20-yard pass from quarterback Don Strock and then lateraled it to running back Tony Nathan, who ran 25 yards for the score. Don Shula brought his 1970 Dolphins team to practice in Concord, MA on September 19th prior to Sunday’s game at Harvard Stadium. He must have seen one of Tom Yewcic’s plays still in the dirt.

There have been two players in Patriots history who have: thrown a touchdown pass, caught a touchdown pass, run for a touchdown, and punted. They are Tom Yewcic and Tom Brady. Wouldn’t you just love to see Tom take a knee in the huddle of the fourth quarter of a close game without calling a timeout? And then, tell everybody to just go out and we’ll have some fun.