Danny Amendola says playing for a new coach is "refreshing" 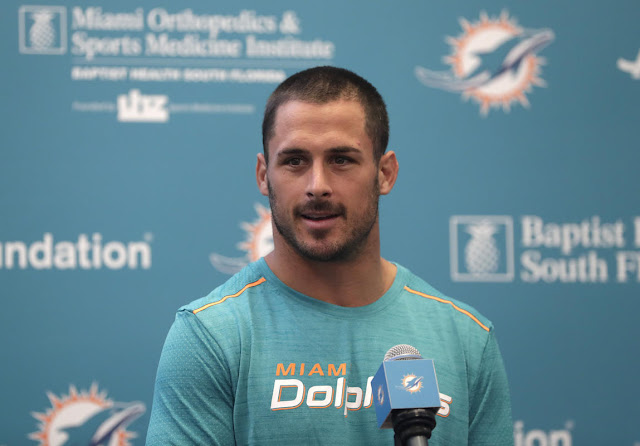 This offseason Danny Amendola decided to sign with a different team in the AFC East, the Miami Dolphins. Recently Amendola was a guest on the "Comeback SZN Podcast", a Barstool Sports podcast, and mentioned the different culture between players and the head coach between the two teams. “Adam Gase is one of the guys,” Amendola told Kaycee Smith, host of the podcast. He then went on to say, “He’s our leader. He’s our head coach, but he’s also our boy. It’s cool. It’s refreshing to have that kind of relationship with a coach, which is something that I haven’t had in a long time. You want to fight hard for a coach like that. Back in New England, it was almost like you’ve got a principal and a principal’s office and [expletive] like that. You know, in a good way. And in a bad way, too.”


He also went on to praise the Patriots as well saying he played for the greatest quarterback and coach of all time. Amendola had a great career in New England, while the stats may suggest otherwise, he was a major contributor to their offense and also a major contributor in their two Super Bowl wins during his five year stretch with the Pats.

While there is no doubt in my mind that there are different cultures between the Patriots and Dolphins, just look at their records over the past decade or so, is the head coach being your "Buddy" worth winning less than 10 games a year and wondering if you'll even make the playoffs? Who even knows if Adam Gase will be the coach after this season? The Dolphins love to change coaches every couple of years. Either way I wish Danny the best of luck in his time in Miami because I will always cherish the time he spent in NE.